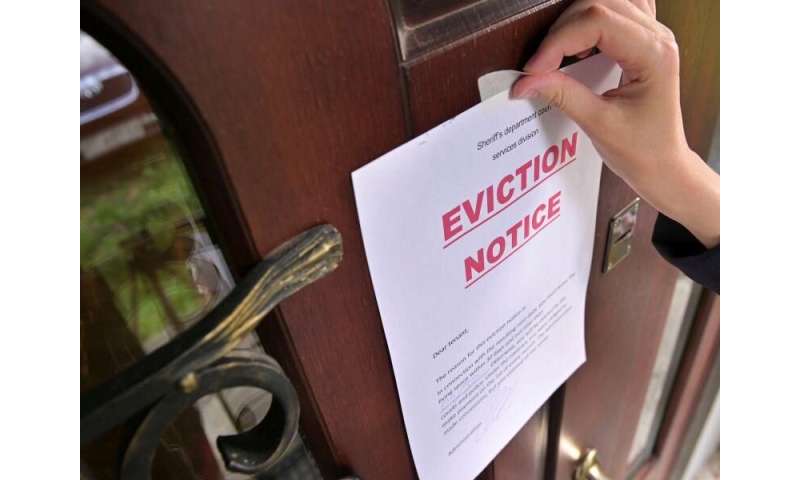 (HealthDay)—Research brings grim findings for these economically tough times: People who must move because they can’t make the rent often miss out on needed medical care.

The study, of over 146,000 California residents, found a connection between unaffordable housing and health care use: Of people who’d moved in the past five years because they couldn’t afford the mortgage or rent, about 27% had skipped or delayed necessary medical care.

That was higher than the rates among Californians who’d stayed put and those who’d moved for reasons other than housing costs.

The findings do not necessarily mean that the moves, per se, led to difficulties in getting health care. But it makes sense that there’s a connection, the researchers said.

“The findings are intuitive,” said Dr. Katherine Chen, a fellow at the University of California, Los Angeles, who worked on the study.

People who struggle to afford housing, she said, are likely to face other financial hardships.

Housing is such an essential need that people will put rent or mortgage payments ahead of all else, said Corianne Scally.

Scally, who was not involved in the new research, studies housing issues at the Urban Institute, in Washington, D.C.

She said that resource-strapped families can be forced to choose which basics they can afford. Medical care may be far down on the list, behind housing, food and bills.

And, Scally pointed out, while there are government programs to assist with health care and food, help with the rent or mortgage is harder to come by. So people with low incomes, in particular, may need to put all their funds toward paying that monthly housing bill.

The findings are based on surveys conducted between 2011 and 2017. Now, in the midst of the coronavirus pandemic, the ripple effects of unaffordable housing and evictions loom even larger, the study authors noted.

With job and income losses, many Americans have fallen behind on rent or mortgage payments. Chen pointed to one statistic from a Census Bureau survey that showed 9 million renters were behind on rent in November.

On top of that, Chen said, “COVID is making it logistically harder to access health care.”

The study, published online recently in the Journal of General Internal Medicine, included 146,417 adults who responded to the ongoing California Health Interview Survey.

Overall, 5% said they’d had to move in the past five years because they could not afford their rent or mortgage. (The survey did not ask whether those moves were voluntary or because of eviction.)

Of survey respondents with a cost-related move, 27% had skipped or delayed filling a prescription or seeing a doctor in the past year. That compared with just under 23% of people who’d moved for other reasons, and 18% of people who had not moved.

After the researchers weighed other factors—like employment and income level—people who’d had a cost-related move were 38% more likely to have unmet medical needs, versus people who’d stayed at their residence.

The link was seen even among people who’d moved within their own neighborhood, Chen said. That, she added, suggests moves do not disrupt medical care simply because people cannot get to their provider, or don’t know where the local pharmacy is.

Insufficient income, Scally said, is likely the main reason, though other factors, like psychological stress, could also play a role.

The study does not prove that measures to address unaffordable housing will also improve people’s access to health care, Chen said, “but we hope they would.”

According to Scally, there is good reason to believe so. “I think if people aren’t struggling to pay for housing, you’ll see better outcomes in other basic needs,” she said. “I think there would be ripple effects.”

The pandemic prompted a federal moratorium on evictions, which ends Jan. 31, though some states have put their own holds on evictions and utility shutoffs. Some Americans also qualify for help paying the rent or mortgage.

Mother has leg amputated after dropping perfume bottle on her foot