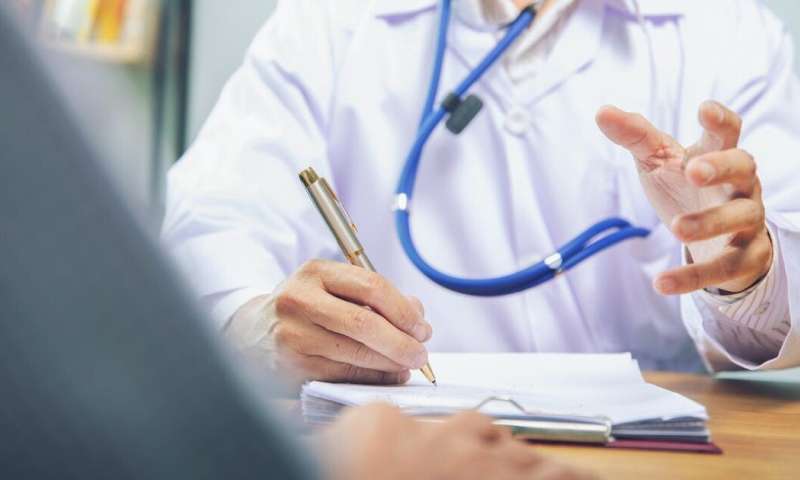 Patients who experience organ failure need a transplant to improve their odds of survival and to achieve a better quality of life.

However, getting an organ transplant is often accompanied by several challenges, many of which can be attributed to factors like the state of an individual’s living circumstances, their economic status and where they were born.

As a result, many racial and ethnic minorities, such as African Americans, Latinx individuals and Native Americans, must unjustly wait longer for a much-needed new organ – or never receive one at all because of these barriers to care.

Research shows that these disparities are avoidable, especially with changes at the institutional level.

Which groups are less likely to get a transplant?

Transplant trends from the United Network of Organ Sharing indicate that approximately 113,600 people are in need of a lifesaving solid organ as of June 2019. The majority have been diagnosed with kidney disease and liver disease.

The most recent data shows that, in 2016, the rate of kidney failure was highest among minority groups. For example, compared to whites, kidney failure was 9.5 times higher among Native Hawaiians and Pacific Islanders. Latinx individuals were over 50% more likely to be diagnosed with kidney failure than those who did not identify as Latinx.

Although minorities are more likely to be diagnosed with kidney failure, they are less likely to be transplanted. The majority of transplants in the U.S. go to whites.

These trends are also evident in groups suffering from liver disease. Asians and Latinx individuals are more likely to be diagnosed with liver failure, but less likely to receive a transplant.

A patient has to undergo several steps before they can receive a transplant.

These steps include a physician deciding that a transplant is medically suitable, the patient demonstrating interest in a transplant, a referral to a transplant center, completion of a pre-transplant evaluation and identification of a suitable living donor.

At each point of the transplant preparation process, there are opportunities for barriers to occur as a result of patient, provider, community and institutional factors. Together, these potentially create disparities in access.

Income level may play a role. Patients with organ failure who experience poverty, for instance, may face challenges covering the cost of their insurance co-payments, especially when they do not have comprehensive insurance or private insurance.

Literacy issues, such as gaps in formal education or English as a second language, may also impact a patient’s ability to understand the medical terminology involved in their treatment. This would affect their ability to communicate effectively with their providers.

Limited knowledge of the benefits of transplantation can also affect patients’ ability to access transplants. Patients who are unaware that transplantation is the preferred treatment may not complete the steps to transplant and instead remain on dialysis.

Providers can also play a role in limiting access. For example, doctors may not provide patients with the referral they need or wait longer to provide it.

Given negative historical experiences, such as the Tuskegee Syphilis Study, some patients, especially those who have been historically disadvantaged or are currently marginalized, mistrust medical providers. As a result, they are less likely to seek medical assistance or trust that their providers are giving them accurate information.

Also, patients who report experiences of discrimination by their medical providers are less likely to seek transplantation. They may be discouraged from seeking further medical care because they expect poor treatment by providers.

Low rates of organ donation also influence transplant rates. Although about 95% of Americans are in favor of organ donation, only 58% of them are registered as organ donors. These low donation rates are pronounced among racial/ethnic minorities. This could be attributed to factors such as not knowing other registered donors in one’s community and mistrust of providers.

How can medical providers close the gap?

I am a counseling psychologist whose research examines health inequities and treatment. Given the enormity of these factors, I conducted a study with my colleague, Heather Gardiner, director of the Health Disparities Research Lab at Temple University.

We sought to identify barriers to the pre-transplant evaluation for African American kidney patients. Patients who complete this evaluation successfully become active on the waitlist. 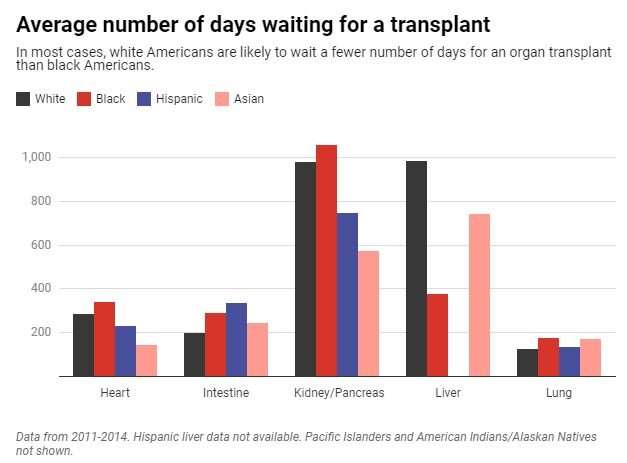 Our research leads us to believe that changing systemic problems will help address problems at the other levels.

For example, medical providers could consider condensing the medical appointments and testing period for the pre-transplant evaluation. Patients who are motivated to get off dialysis will be more motivated to complete the pre-transplant evaluation if they are able to complete the majority of their medical testing at one place over a short period, rather than having to attend several medical appointments over a long period of time.

In order to decide who gets an organ, medical providers give liver patients a MELD score that indicates the severity of their disease.

The introduction of the current liver allocation system in 2002 reduced the number of people from minority groups who died waiting for an organ.

Under the previous system, African Americans were more likely to die waiting for a liver transplant, because they generally had higher MELD scores, indicating that their disease was becoming worse. However, the current system prioritizes patients with high MELD scores, which has improved liver transplant rates for this group.

The 2014 policy change in kidney allocation allowed patients to count time spent on dialysis toward their total time spent on the waitlist, thereby reducing racial and ethnic disparities.

The success of these systemic changes illustrates the effectiveness of policy change. In my view, policies such as comprehensive Medicare coverage—with transportation assistance for all patients with kidney disease, for example—could potentially reduce many of the disparities along the steps to a successful transplant.