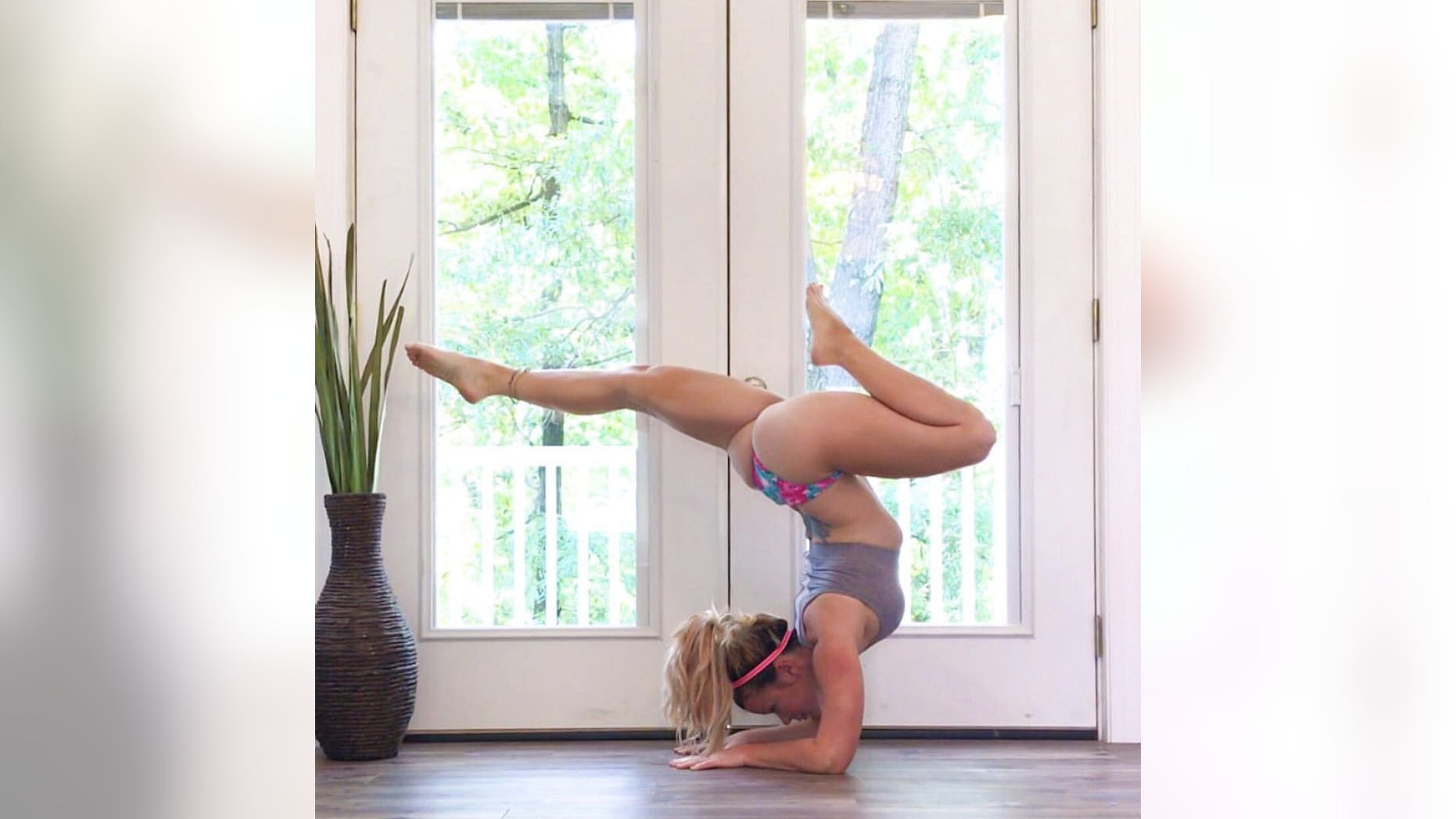 Rebecca Leigh, 40, was performing a yogi pose similar to the one above when she tore a major blood vessel in her neck and suffered a stroke.
(SWNS)

A Maryland woman who suffered a massive stroke after reportedly tearing an artery while attempting a yoga handstand pose said she is still suffering from memory loss and severe headaches but has not given up her passion for the meditative practice.

“After decades of focusing on working out and my diet and making as many healthy decisions as I could for my body, having a stroke by doing yoga just didn’t seem fair,” Rebecca Leigh, 40, told SWNS.

In October 2017, Leigh had been recording her attempt at a “hollowback handstand” pose for her social media following but experienced blurry vision and lost control of her arm in the immediate aftermath.

“It only lasted five minutes but then my head began to hurt,” Leigh told SWNS, explaining that she thought initially she had aggravated a herniated disc. “I suffered from headaches and migraines since I was a teenager but I knew this was different.” 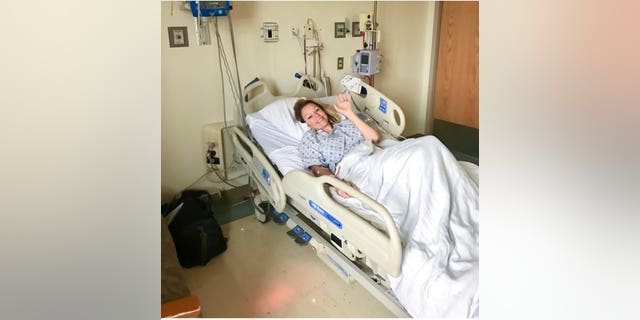 Leigh said she experienced blurred vision, loss of control over her arm and pain in her head after coming out of the pose.
(SWNS)

In the days that followed, she noticed her eye was drooping and her pupils were different sizes and was rushed to the hospital by her husband.

“The doctor on staff came into the little room we were waiting in and said in a monotone voice: ‘Well, you my dear, had a stroke,’” she told SWNS. “Kevin and I both let out a little laugh, because we thought he had to be kidding. There was no way that someone my age, in my health, could have had a stroke. But he responded to our laughter in a solemn silence and his face said it all.”

A CT angiography scan, which focuses specifically on the blood vessels, revealed that Leigh had torn her right carotid artery, which allegedly sent a blood clot to her brain and caused the stroke. She said the trauma of the tear also caused a small aneurysm to develop.

A carotid tear is typically the result of a neck injury such as a car accident, or extreme neck rotation or extension. Physical activities such as skating, swimming, dancing, yoga, giving birth or even sneezing are some of the ways in which a tear can occur. A tear typically causes headache, eye pain, scalp pain, neck pain, a droopy eyelid and small pupil, weakness or numbness on one side of the body, pulsing in the ear, trouble swallowing and several other issues, according to Cedars-Sinai Medical Center. 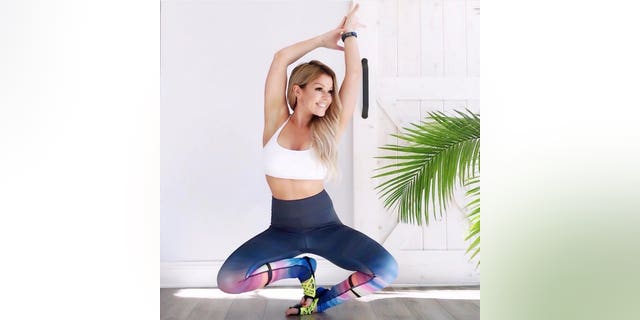 She eventually returned to her yoga mat, and now focuses on poses she feels safe in.
(SWNS)

Patients who suffer a stroke after a tear are typically prescribed medication to prevent clotting and other issues, and may even require surgery.

Leigh told SWNS she spent the next several weeks in constant pain and had to avoid light. She said she couldn’t get out of bed or even eat without help. She slowly regained strength and made her way back to the yoga mat, starting with a lotus pose to focus on breathing.

“I knew that if I didn’t get back to my practice relatively soon after my stroke, I never would,” she told SWNS. “I would have freaked myself out too much about it.”

She said while the tear eventually healed, she still lives with ramifications and with the fear that another stroke could strike at any moment. She focuses on poses she feels safe in and simple stretches.

“I know that I will never be where I was before 100 percent,” she told SWNS. “The fact that I can touch my toes is enough to make me smile. I wanted to share my story so that something like this doesn’t happen to any other yogis.”

Is the CDC Leading on COVID or Leading From Behind?