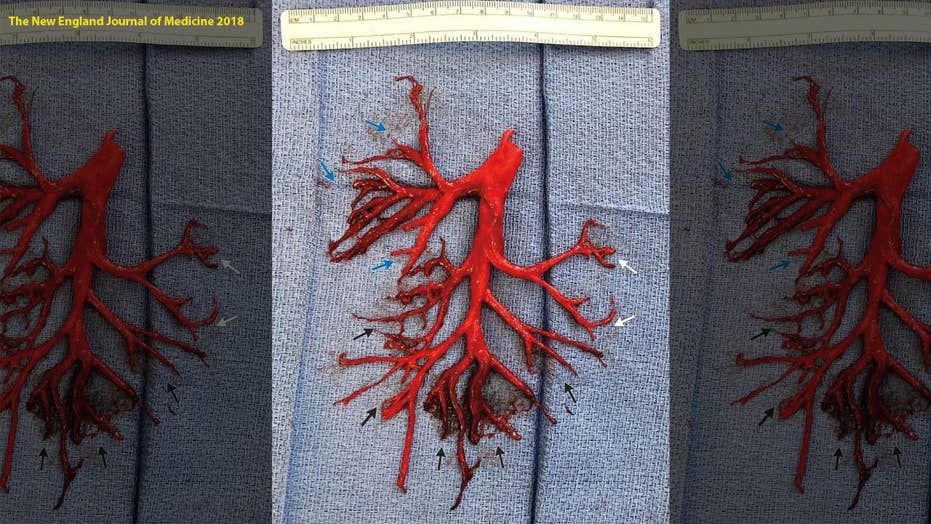 Man coughs up part of lung

A 36-year-old California man with chronic heart failure began coughing so severely that he hacked up a piece of his lung.

A 36-year-old California man who was admitted to the intensive care unit with chronic heart failure was coughing so severely that he hacked up an intact cast of the right bronchial tree.  The unidentified patient, whose case was written about in the New England Journal of Medicine, was receiving treatment at the University of California San Francisco (UCSF) Medical Center and had previously been fitted with a pacemaker.

Over the course of a week, the patient had progressed to coughing up phlegm and blood, and during a particularly extreme bout coughed up an intact cast of the right bronchial tree.

He was extubated two days later, and he had no further instances of coughing up blood, but he died one week later due to complications of heart failure.

Fast food: the damage to the body and ways of solving problems