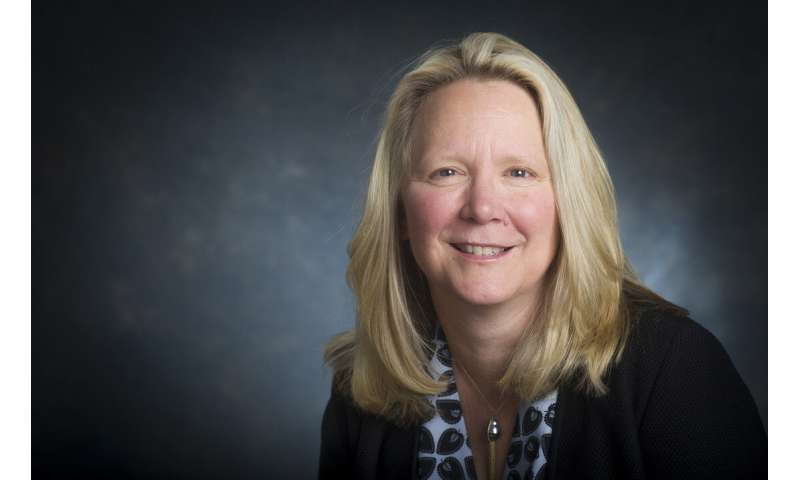 Immunologist Frances Lund, Ph.D., and colleagues have detailed the role of a key controlling factor in the transformation of B cells into antibody-secreting cells, the cells that produce antibodies to fight invading pathogens like viruses. The key controlling factor also is needed for memory B cells to respond to a second, subsequent infection by a pathogen.

“Despite the important role the antibody-producing B lymphocytes play both in protection from infection and in autoimmunity, we know remarkably little about these B cells,” Lund said of the research, which is published in the journal Immunity. “This basic study shows that specific inflammatory signals regulate both the development and maintenance of the antibody-producing B cells.”

Lund is professor and chair of the University of Alabama at Birmingham Department of Microbiology, in the UAB School of Medicine.

To set the background for the research, remember that the immune system includes cells called B and T lymphocytes that produce factors to protect the body from pathogens, like the influenza virus.

The B lymphocyte produces antibodies, which bind to viruses and bacteria and target those pathogens for elimination. However, in patients with autoimmune diseases like rheumatoid arthritis or lupus, the B lymphocytes produce antibodies that bind to other cells within the body and cause tissue damage.

B lymphocytes, or B cells, have to go through a developmental change as they transform from B cells to antibody-secreting cells. Key control points for this differentiation in B cells, or other immune cells, are transcription factors—proteins or families of proteins that can either turn genes on or turn genes off.

Lund and colleagues at UAB, Emory University, the University of California-San Diego and the University of Rochester looked at the function of one transcription factor, T-bet, in the development of antibody-secreting cells from B cells.

In T lymphocyte cells, which are needed to help induce the B cell immune response, T-bet regulates the activation, proliferation, differentiation, lifespan and effector functions of those immune cells. Yet remarkably little was known about whether T-bet could also influence B cell fate decisions.

A complex series of experiments by Lund’s team—including use of B cells that lack the gene for T-bet—now have shown that T-bet does play an important role in B cells after they are activated by T helper-1 cells. However, the researchers found that T-bet in the B cells acts through a mechanism greatly different from that of T-bet in T cells.

In T cell development, T-bet activates inflammatory gene programs that allow the T cells to become T helper-1, or Th1, cells that can kill viruses and bacteria. The Th1 cells can also “help” B cells by producing an inflammatory cytokine called interferon-gamma, which programs the B cells to express T-bet and also promotes the transformation of the B cells into antibody-secreting cells. Surprisingly, unlike T cells, where T-bet turns on the inflammatory gene program, T-bet repressed or turned off more than 2,000 genes in the Th1-activated B cells. Many of the genes that are repressed by T-bet in B cells are normally involved in antiviral and inflammatory activity.

While turning off inflammatory and anti-viral genes in the B cells might seem like a bad idea, it turns out to be important, as the researchers found that expression of the inflammatory gene program in B cells prevents the B cells from differentiating into antibody-secreting cells. In fact, B cells that have a genetic mutation and are unable to efficiently express T-bet are transformed into inflammatory effector cells following activation with Th1 cells. However, these T-bet-deficient B cells fail to develop in to antibody-secreting cells.

In accompanying experiments using influenza virus-infected mice, the Lund team found that B cell intrinsic T-bet expression was required for the development of influenza-specific long-lived antibody-secreting cells, which provide protection from subsequent encounters with the virus. T-bet was also required for differentiation of the influenza-specific memory B cell into antibody-secreting cells following an influenza challenge-infection in mice. Thus, T-bet-expressing B cells play an important role in protecting the body from viral infections.

Although influenza infection causes T helper-1 cells to produce interferon-gamma and promote upregulation of T-bet by the B cells and their differentiation into antibody secreting cells, not all pathogens induce T helper-1 cell development. For example, infection with a nematode worm causes T helper-2 cells to produce interleukin-4, which also promotes B cell immune responses against the worms. However, for that T helper-2-induced B cell response, the researchers found that T-bet was not required for B cell differentiation into antibody-secreting cells.

Thus, they say, T-bet is not a core transcription factor that is required for antibody-secreting cell commitment in all settings. Rather, T-bet acts to prevent B cells from assuming an alternate inflammatory effector cell fate in response to interferon-gamma, the cytokine that is produced in response to some, but not all, pathogens and autoantigens.

Even people who don’t drink can get liver disease