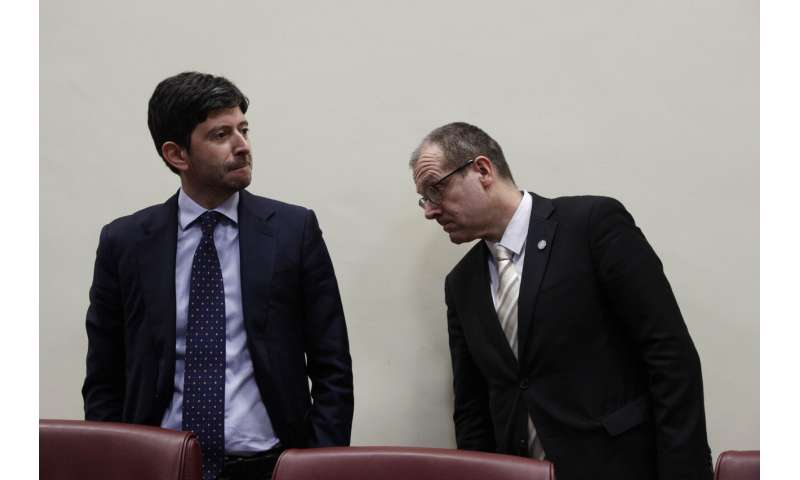 Italy sought Wednesday to calm fears and rally international support for its efforts to contain the coronavirus even as its caseload rose to 374 and more European travelers linked to Italy got infected.

Greece registered its first positive case, in a woman who had recently traveled to Italy’s afflicted north, after Austria, Croatia and Switzerland reported their first cases Tuesday from people who had also recently visitednorthern Italy. Local authorities in Germany and Austria took quarantine measures after even unconfirmed cases were linked to Italy.

The government of Premier Giuseppe Conte urged cooperation from its European neighbors, not isolation and discrimination.

“Viruses don’t know borders and they don’t stop at them,” Health Minister Roberto Speranza insisted at the start of a crisis meeting with World Health Organization and European Union representatives in Rome.

The Italian government has been trying to defend its handling of the crisis, even as it acknowledges alarm over its growing caseload—more than any other country outside Asia—and inability to locate the origin. 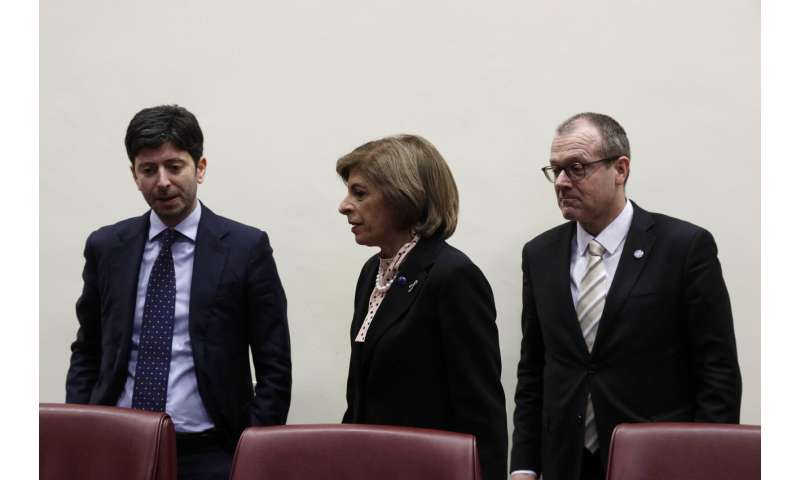 Twelve people have died in Italy, all of them elderly, with other ailments or both, said civil protection chief Angelo Borelli. In France, a 60-year-old Frenchman died in a Paris hospital, France’s second virus-related death.

The Italian national health system has been overwhelmed with distribution problems slowing the delivery of masks and protective gear for medical personnel in the hard-hit areas. In addition, officials are battling to contain panic among Italians who are stocking up on bottled water, long-life milk and other non-perishable food that have left some supermarket shelves empty.

Italy is in some ways a victim of its own scrupulousness, with virologists noting that it is registering so many cases because it’s actively looking for them.

Borelli noted that Italy had tested 9,462 people already—more than 95 percent of whom have tested negative. Of those who are positive, most are being treated at home without requiring hospitalization.

The panic and caution wasn’t unique to Italy, however.

At a high school in Vienna, students were being kept inside to be tested for the virus after a teacher who recently returned from a trip to Italy started showing symptoms of the virus, Austrian media reported. 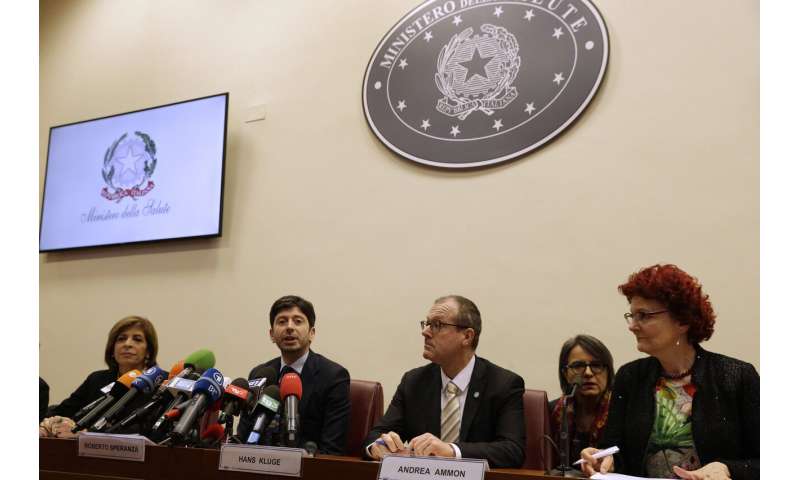 Austrian Chancellor Sebastian Kurz told his cabinet that the school could be quarantined if tests are positive, but also said it was not yet clear if the teacher even had the virus, Austria’s APA reported.

Elsewhere, authorities in Austria placed an apartment complex in the southern town of Bad Kleinkirchheim under quarantine after a 56-year-old woman from Italy died overnight. Kaernten state officials said tests were being conducted to determine whether the woman, from the Friuli region in northern Italy, had the virus. Other residents of the apartment complex were also being tested, they said.

German government spokesman Steffen Seibert said the country is preparing for the possibility of an increase in cases. A German man with the virus was in critical condition. Schools and kindergartens in the area where he became ill were remaining shut.

“The appearance of the coronavirus in Italy has certainly created a new situation in Europe, the virus has come a lot closer,” Seibert told reporters. “This means a new challenge for all states in Europe, including for Germany.”

Even today, we want our heroes to know right from wrong: Study finds people tend to favor moral characters