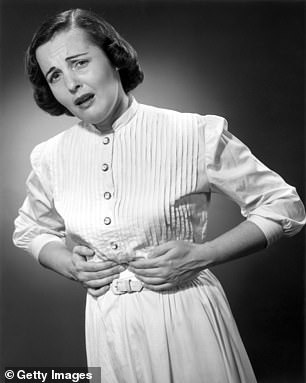 A powerful anti-sickness drug given to cancer patients is being offered to sufferers of irritable bowel syndrome (IBS), helping to ease the most embarrassing and painful symptoms of the condition

A powerful anti-sickness drug given to cancer patients is being offered to sufferers of irritable bowel syndrome (IBS), helping to ease the most embarrassing and painful symptoms of the condition.

If a major new trial is successful, it could throw open the doors to the first targeted treatment for the millions of British sufferers of the digestive condition, which causes bloating, abdominal discomfort and urgent bowel movements.

One of the first patients to benefit, 57-year-old Karen Andrews, is now almost symptom-free, having suffered with severe diarrhoea for more than three decades.

The former HR manager, from Burton Joyce, near Nottingham, said: ‘Wherever I went, I needed to plan meticulously to ensure I had quick and easy access to a toilet.

‘Anything I ate would go through me in about 30 minutes, and going out for a meal became an ordeal.

‘The new treatment has transformed my life.’

Researchers are hoping to recruit 400 volunteers aged over 18 who have IBS to take part in the 12-week study. The trial is called Treatment of IBS with diarrhoea with titrated ondansetron – TRITON.

The cancer sickness medicine, ondansetron, works by blocking the activity of serotonin – a chemical produced by the brain, commonly associated with mood but also secreted by the digestive system. If too much is in circulation in the gut, it can trigger nausea and sickness.

Digestive health expert Professor Robin Spiller, at the Nottingham Biomedical Research Centre, lead investigator on the trial, said: ‘Some sufferers of IBS with diarrhoea have an excess of serotonin in their intestine which stimulates frequent bowel movements. We are keen to find out whether the ondansetron can work to block this effect.’ 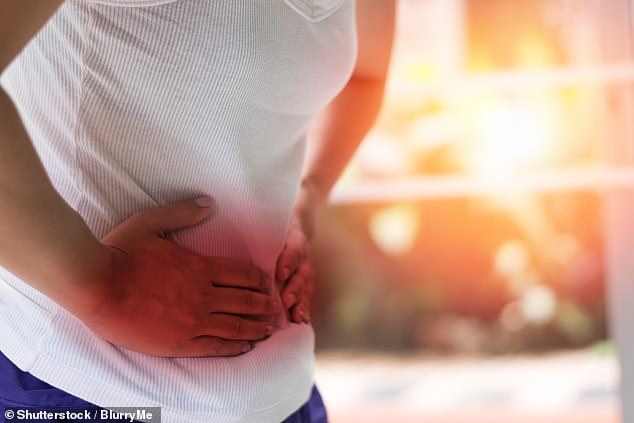 The distressing symptoms of IBS tend to come and go and can last for days, weeks or months at a time. The exact cause is unknown – although the condition has been linked to oversensitive nerves in the gut, stress, and a family history of IBS.

It is usually a lifelong problem with no cure, but diet changes and medicines can often help to control the symptoms.

Ondansetron has been given to cancer patients for more than 30 years, as it helps control the nausea and sickness caused by chemotherapy. One side effect was that it caused constipation.

In 2009 it was tested as a treatment for IBS with diarrhoea in a small pilot study of 125 patients, which found that the drug reduced bowel frequency and urgency.

About ten per cent of the UK population suffers from IBS, with nearly two million GP appointments every year due to the condition. A third of IBS patients experience urgency as their primary symptom.

Prof Spiller said: ‘Often, they are given loperamide – also known by the brand name Imodium – which is effective, but causes severe constipation. Also, loperamide doesn’t treat the abdominal pain.’

He said: ‘Many patients with IBS suffer from overwhelming symptoms, including often uncontrollable diarrhoea. These devastating symptoms can lead to social embarrassment and withdrawal.’

Karen developed IBS after contracting a tummy bug on a holiday to Tunisia when she was 21.

She said: ‘The condition made my life a misery for 35 years. I could eat bland foods like plain jacket potatoes, but spicy or processed foods would trigger symptoms. Pork, mushrooms and cauliflower did too.

‘I often had to dose myself up with Imodium before leaving the house.

‘When I first started the trial, I noticed the difference within a few days. I had less urgency, and some of the pain went. I just started to feel normal. I stopped worrying where the nearest toilet was.’

Hospitals in Nottingham, Sheffield, Leeds and London are taking part in the TRITON study.

Prostate cancer symptoms: The ‘unusual’ sign you should never ignore