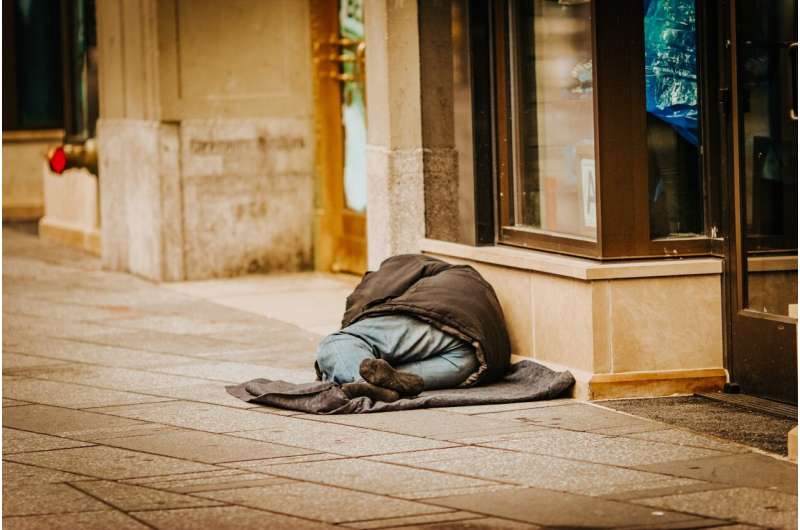 Providing unconditional access to housing is the first step towards improving the mental and physical health and well-being of those experiencing homelessness, researchers say.

The results of the University of Otago-led study of health, income and justice outcomes for 387 people in the first two years after they were housed in a Housing First program have just been published in the European Journal of Homelessness.

Those in the study were placed in housing between 2014 and 2017 by Kirikiriroa-based The People’s Project, which has a focus on providing permanent housing and wraparound support without preconditions.

Lead researcher Associate Professor Nevil Pierse, co‑director of the He Kāinga Oranga Housing and Health Research Program at the University of Otago, Wellington, says there was a significant improvement in the mental health of those in the study 12 months after they were housed.

“The average number of nights people spent in acute mental health units dropped by more than 50% in the first year after they had been housed, and this was maintained in the second year.”

General visits to health centers, including those to diabetes and outpatient clinics, increased significantly, with a 15% increase after one year of housing and a 31% increase after two years for those in the study.

They also had fewer encounters with police and the courts, with the number of police offenses and charges down over both years.

Their incomes rose too, with the average person in the study having almost NZ$3,000 more in overall total income across benefits and wages and salaries over the two years after they were housed compared to the two years before, although their incomes remained low.

“Permanent supportive housing led to a recovery in their mental health which in turn led to less crime, higher wages, and allowed them to access more financial support from Work and Income.

“Our research highlights the challenges people face in seeking support and accessing healthcare when they are experiencing homelessness. It’s a real challenge for them to turn up to regular healthcare appointments when they don’t know where they are going to sleep that night. Their lives are highly stressful.”

Dr. Carole McMinn, Manager of The People’s Project, Hamilton, says it’s significant that the 387 people in the study had more than 200,000 recorded interactions with government services before they were housed, more than 10 times that of other New Zealanders.

“They were asking for help for at least 15 years before they were housed by The People’s Project and are far from being the ‘hard to reach’ population they have been described as. This research shows the Housing First approach of providing housing and ongoing support improves people’s lives.”

Dr. McMinn, who worked on the study as part of her Ph.D. research at the University of Waikato, says the research also provides an insight into the nature of our homeless population.

Should Docs Be Punished for Spreading False COVID-19 Info?