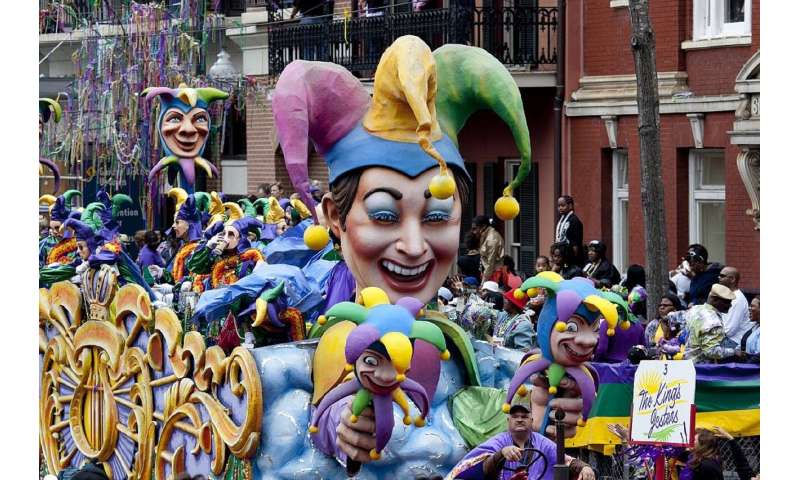 The uncertainties and anxiety people feel today about the novel coronavirus are similar to the fears many Americans experienced during the yellow fever outbreak in 19th-century New Orleans, according to Stanford historian Kathryn Olivarius.

Some two hundred years ago, yellow fever terrified many because there was no cure, no inoculation and no vaccination for the mosquito-borne virus that cumulatively killed over 150,000 people in New Orleans in the six decades between the Louisiana Purchase and the Civil War, said Olivarius. The only safeguard against the devastating disease was getting sick and surviving it.

Here, Olivarius talks about how immunity to yellow fever provided privilege and access—only “acclimatized citizens” who survived the fever could get jobs and bank loans—in a society already deeply stratified by income, race and status. This model gave rise to the economic and political elite of New Orleans, Olivarius argues, but it exacted a devastating social cost for large swaths of society.

Olivarius is an assistant professor of history in the Stanford School of Humanities and Sciences. Her research focuses on 19th-century America, primarily the antebellum South, Greater Caribbean, slavery and disease. She recently authored the paper, “Immunity, Capital, and Power in Antebellum New Orleans” in The American Historical Review.

What parallels do you see with the novel coronavirus outbreak and other pandemics in American history?

As a historian of yellow fever in the 19th-century American South—focusing on the social, economic, and racial impacts of recurrent epidemics—this coronavirus pandemic hits very close to home. The confusion and anxiety about what we are facing today is something the people of that time would have recognized. Two hundred years ago, the only protection against yellow fever was to survive it, but no one could ever be sure they had walked through that door. Yellow fever was easily misdiagnosed as malaria or a host of other fevers. Not everyone experienced the telltale symptom of black vomit. Before vaccination or blood testing (20th-century developments), immunity was impossible to verify. It was thus subjective and speculative, a matter of faith as much as fact.

This symptomatic vagueness rings true of our pandemic, too.

What lessons can be learned from past outbreaks?

Epidemics/pandemics are inherently destructive. But they can also generate new social norms in their fatal wakes and we have to be careful that those new norms are positive. Historians argue bubonic plague was a “great leveler”—reducing social asymmetries in the Middle Ages.

Yellow fever, however, exacerbated inequality in New Orleans. Society was already harshly stratified by income, race and free-status: whites, gens de couleur libres [free people of color], and slaves. But another invisible hierarchy co-mingled with this: “acclimated citizens” stood above everyone, followed by “unacclimated strangers” (those in a probationary period awaiting yellow fever), followed by the dead.

Surviving yellow fever was called the “baptism of citizenship”: a white survivor had rolled the epidemiological dice to establish him or herself as a legitimate and permanent player in the Cotton Kingdom. They possessed “immunocapital”: socially acknowledged lifelong immunity, providing access to previously inaccessible realms of economic, political and social power. To modern ears, this sounds like something out of science fiction, but this was the very basis of society.

In what ways did immunity from yellow fever influence New Orleans’ economy?

No white person could get a good job without claiming acclimation. Banks would not extend credit and merchants would not enter into partnerships with someone who could not produce a certificate of acclimation. Immunity-status impacted where you lived, your salary and even who you married. Many immigrants, especially Irish and German ones who arrived in large numbers during the 1840s, figured their only path to prosperity was to lean into acclimation and actively sought to get sick. Even Dr. Edward Hall Barton, president of New Orleans’ 1841 Board of Health, proclaimed that “the VALUE OF ACCLIMATION IS WORTH THE RISK!”

Successful acclimations factored into the genesis stories of almost all New Orleans’ political and economic elite. They claimed their triumph over disease was a product of God’s will, manliness, morality, sobriety and honor. Death became a mark of damnation rather than immunology or luck. Immunity’s benefits, however, were racially determined. Immunity increased black slaves’ monetary value to their white owners by 25 to 50%.

What did disease control look like in some of the cases that you studied?

Right now, we are dealing with two interrelated problems: the prospect of an uncontrollable coronavirus pandemic that will kill millions and a global economic depression, the result of virus-caused mass unemployment, death and sickness. “Solving” one problem could worsen the other. We are probably too late to fully save either.

Antebellum Orleanians always prioritized money over public health. In fact, disease and disaster were transformed into market norms. High mortality turned out to be profitable—economically, and eventually socially—for its most powerful actors. In the height of epidemics, newspapers still put out glowing reports about how healthy the climate was, trying to lure more immigrants needed to dig canals and levees, people whose deaths did not matter.

This mercenary approach explains why politicians in America’s deadliest region spent virtually nothing on public health. In Louisiana, ineffectual boards of health came and went; quarantines were sporadic and anemic; the Charity Hospital was a notorious death-trap. Unwilling to spend tax money to protect lives—especially of the poor and newly-arrived—by sanitizing and draining immigrant neighborhoods, politicians (who usually left town themselves during fever season) argued the best solution to yellow fever was more yellow fever: water pumps and quarantines only delayed the inevitable. In essence, the only public health was private acclimation.

What other lessons from history do you see being relevant to our situation today?

How to keep coronavirus away: 4 questions answered by a public health professional