Six years after Helena Stone thought she would be able to shrug off a ‘minor’ knee sprain, she is still in agonising pain.

Helena, then 16, was kayaking when she capsized her boat, catching her right foot.

The knee pain took her by surprise. ‘It was really swollen, red and inflamed, but I assumed it would settle down over a few days,’ says student Helena, now 22 and living in North London.

When it didn’t, Helena — who had been talent-spotted as a potential Olympic kayaker — went to her GP, who recommended anti-inflammatories and rest. But after four months, her knee still hadn’t healed, so, using her family’s medical insurance, Helena had ten months of physiotherapy at a sports injury clinic. This only made it worse. 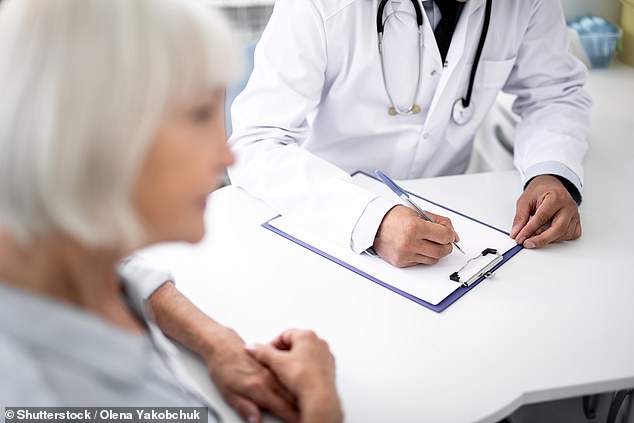 Little-known by doctors: Complex regional pain syndrome is a severe and persistent condition affecting the limbs, but is often overlooked by medical professionals

‘The physiotherapy hurt so much, and I felt the exercises were too strenuous,’ recalls Helena. ‘The pain was constant and kept me awake. My grades suffered and I had to give up kayaking and my dreams of representing my country.

‘Yet there were no signs of inflammation on an MRI scan, and blood tests for other conditions such as rheumatoid arthritis were all negative.’

The following year, her knee swelled to twice its normal size and the skin changed colour.

‘It looked as though it was bruised even though this was many months after the injury,’ says Helena. ‘It became hyper-sensitive to touch — I couldn’t bear clothes or bedclothes on it. Even a light touch would trigger an intense burning similar to sunburn, and this new nerve pain started to spread down my leg to my calf and ankle.’

Finally, 18 months after the initial injury, Helena was diagnosed with complex regional pain syndrome (CRPS), a severe and persistent condition affecting the limbs.

It is usually triggered by trauma or injury (even a minor injury such as a blister or sprain) but in 5 to 10 per cent of cases, there is no obvious cause.

It’s more common in women and while it can occur at any age, typically it appears around the age of 50. An estimated 10,000 Britons are affected.

Most will recover — either with treatment or spontaneously — within a year, but about 20 per cent don’t and, for them, the pain can be so debilitating that some choose to have a limb amputated. In 7 per cent of cases, as in Helena’s, the pain spreads to another area. 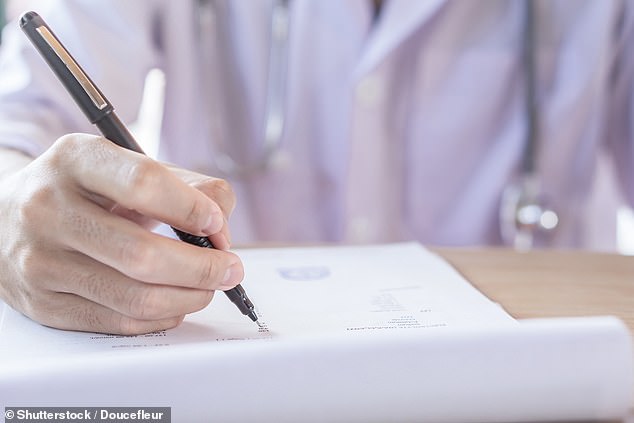 Data: It’s more common in women and while it can occur at any age, typically it appears around the age of 50. An estimated 10,000 Britons are affected

Early treatment can make a real difference. Yet many GPs and patients are unaware of the condition.

Last year, the Royal College of Physicians (RCP) issued new guidelines to target this. ‘We want healthcare professionals to have complex regional pain syndrome on their index of suspicion if somebody presents with more pain than can be expected from an injury and the area is super-sensitive to touch,’ explains Candy McCabe, a professor in nursing practice at the University of the West of England, who helped draw up the guidelines.

‘This should be a red flag. It’s really important to diagnose and treat CRPS quickly to improve the chance of a good outcome. However, the lack of knowledge about complex regional pain syndrome among the general public and within the NHS can delay access to treatment and rehabilitation.’

The syndrome has some unusual symptoms that should alert to doctors, says Professor McCabe, who also runs CRPS clinics at the Royal United Hospital NHS Foundation Trust in Bath.

As well as pain disproportionate to the injury, these include skin that’s sensitive to touch and swelling — and ‘sometimes thick, black hair will quickly grow on the affected limb or there will be no hair growth at all’, she explains.

‘Nails can also grow rapidly, possibly due to increased blood flow, or they can become ridged and stop growing.’

‘The limb can look red and feel hot, or blue and feel cold, and this can fluctuate. These changes are thought to happen because the brain is not getting normal information from the limb and can overcompensate with blood flow, resulting in changes to temperature, nail and hair growth.

‘People can also feel like their limb doesn’t belong to their body any more, and it can freeze and stop working.’

While the cause is not clear, one theory is that it is the immune system reacting to pain, causing inflammation, and the brain continuing to perceive an injury when there isn’t.

‘Patients say the pain feels different from the start, although it is very real — this is not an “all-in-your-head” condition,’ says Professor McCabe.

The RCP guidelines set out four pillars of treatment: pain relief medication to enable people to take part in rehabilitation therapies such as physiotherapy; occupational therapy to help them do everyday tasks; psychological support; and patient information so they understand moving the limb will do no harm even if it hurts.

After her diagnosis in 2014, Helena continued with physiotherapy and painkillers — then she moved under the (private) care of a pain consultant and a multi-disciplinary team.

For a time, the pain improved and she started a degree in geography at Loughborough University in 2015, but dropped out in the second term after going downhill in 24 hours and finding herself unable to walk.

‘It was like my brain had shut down my right leg. I could still feel it, but it just wouldn’t move. It was so scary and I had to use a wheelchair,’ she says.

She spent the next year in and out of hospital, under-going intravenous infusions of anaesthetic ketamine, epidurals, fentanyl patches (an opioid), pregabalin (for nerve pain) and amitriptyline, an antidepressant also used for pain.

‘My mum had to do everything for me: I was either in bed or a wheelchair for a year, and attending physiotherapy was my main occupation. Slowly, I did improve.’ In September 2017 she went back to university.

The key for patients is to improve pain sufficiently so they can focus on rehabilitation, explains Serge Nikolic, a consultant in pain medicine at Barts Health Trust in London.

‘The longer these cases are left, the more permanent changes can develop, so it’s really important they get to a pain clinic in the early stages to restore function and mobility.’

Unfortunately, many doctors, nurses and ambulance crew don’t even know what CRPS is, says Debbie Rose, 49, from Braintree, Essex, a former bus driver who developed the syndrome after an accident and set up the CRPS Support Group.

Specialist centres are scarce: ‘Many of our members struggle to get a diagnosis or treatment. Some are so desperate they ask for amputation,’ says Debbie.

But amputation doesn’t mean patients will be pain-free.

A study in 2014 by the University of Groningen in the Netherlands found that 77 per cent of CRPS amputees suffered phantom limb pain a year later; 27 per cent had recurrent CRPS in the stump.

In December last year, Helena had another flare-up and she is back in a wheelchair. ‘I’m now discussing amputation of my leg with my doctors — I think that says it all about just how painful this is,’ says Helena.

‘I don’t know what lies ahead for me: but there has to be more awareness of this condition.’

PCPs spend average of 18 minutes with each patient

Ejection Fraction for Guiding HF Therapy: Forget About It?

The Most Burning Women's Health Questions of 2018, According to Google