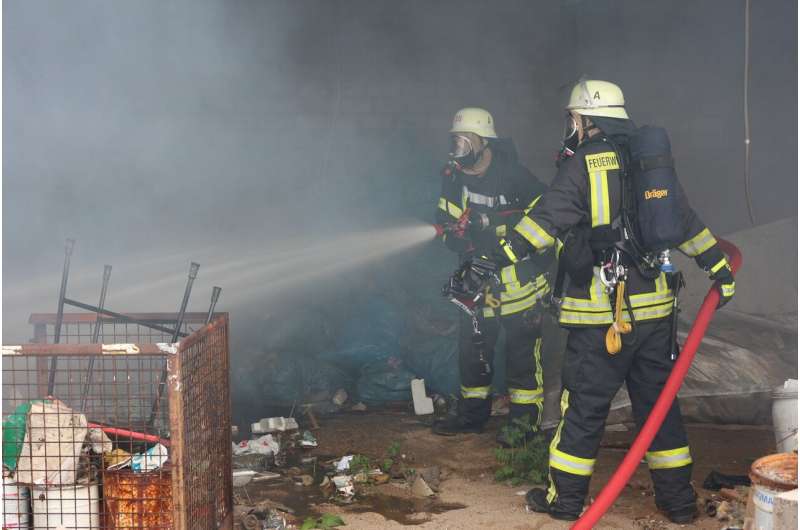 A new study commissioned by the Fire Brigades Union (FBU) and independently carried out by the University of Central Lancashire (UCLan), has found that firefighters’ mortality rate from all cancers is 1.6 times higher than the general population. The same study also revealed that firefighters are dying from heart attack at five times the rate of the general public and almost at three times the rate from a stroke.

The study, led by UCLan’s Professor Anna Stec, was carried out by obtaining mortality records from the National Records of Scotland, although the results are relevant to the United Kingdom as a whole due to the same conditions faced by firefighters in Scotland and the rest of the U.K., with operational procedures consistent across the whole of the country.

The research also shows the mortality rates for certain types of cancer are significantly higher in firefighters, including:

In instances where cancer with an unknown origin has spread, the rate was 6.37 times higher than the general population.

The excess cancer mortality observed in Scottish firefighters for several types of cancer are likely linked to different kinds of exposures, and/or fire toxins. For example, cancers of the esophagus and digestive organs point to at a potentially significant contribution from ingestion, which may occur when firefighters swallow mucus in which fire effluent has become trapped, or if they have eaten food with contaminated hands. Meanwhile, mortality rates from leukemia cancer are linked to exposure to other chemicals such as benzene from contact with skin or inhalation.

The study concludes that health monitoring for firefighters; reducing their exposures from contaminants at their workplace; and financial and medical support for those already affected are urgently needed.

Riccardo la Torre, Fire Brigades Union national officer, said, “We already knew that fire contaminants were very likely causing cancer and other diseases in firefighters. Now, we have evidence that cements that belief and also shows that contaminants can impact their mental health. No firefighter should suffer unnecessarily and there is much more that fire services can be doing to reduce exposure to fire contaminants.

“We demand to see more action on prevention, health monitoring, and facilities and contracts for proper PPE and workwear cleaning. Ministers and Fire Bosses can no longer bury their heads in the sand on this life and death matter. It is of absolute urgency that they act and this research only reinforces that point.

“These are independent, statistically significant, peer-reviewed findings that are specific to the U.K. I’m proud that the Fire Brigades Union commissioned this project to properly address such an important issue. The evidence is now undeniable and the days of hearing that we are behind other countries on this matter must surely end. We must act now to make firefighting a safer profession. This is an occupational hazard and no one should get ill, or worse, just for going to work. It’s important we learn and make the improvements in memory of every firefighter we have ever lost to these terrible diseases.”

Professor Anna Stec, Professor in Fire Chemistry and Toxicity at UCLan, said, “This is the first study of its kind in U.K. and the research brings to light the wide range of occupational hazards that firefighters face.

“It’s important that firefighters can continue to do their jobs as safely as possible, and the research shows that measures such as health monitoring and reducing exposure from contaminants at the workplace will play an important part in protecting firefighters.”

The issue has also been raised in the Scottish Parliament, with Maggie Chapman MSP bringing a motion to Parliament and both Chapman and Pauline McNeill MSP raising the issue at First Minister’s Questions.

The study in question is entitled “Scottish Firefighters Occupational Cancer and Disease Mortality Rates: 2000-2020,” and it has been published in the Journal of Occupational Medicine.

The study has been published alongside a series of four papers focused on instances of cancer among firefighters, published in the Nature Scientific Reports journal: