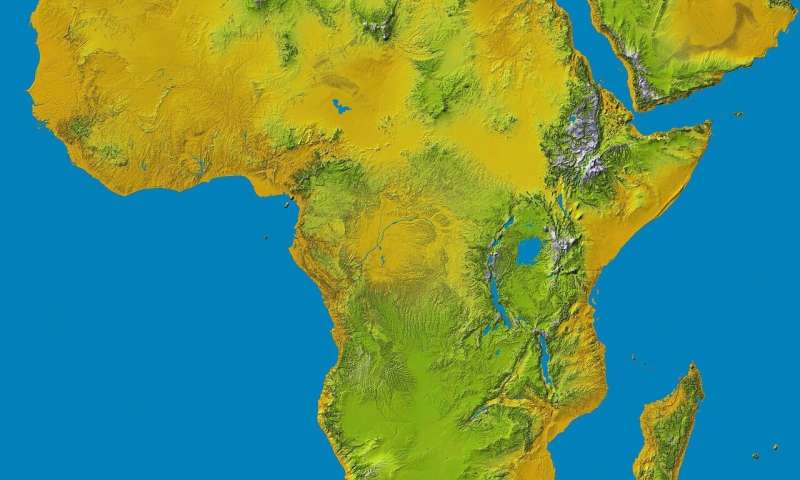 A team of researchers from institutions in the U.K. and Kenya has been conducting research to explain Kenya’s comparatively low COVID-19 infection and death rates. In their paper published in the journal Science, the group describes analyzing blood from donors in Kenya for SARS-CoV-2 antibodies as a means to estimate infection rates in that country.

As the world continues to grapple with the global pandemic, Africa has begun to stand out from other regions. Infection rates and deaths from COVID-19 have remained much lower across the continent (except South Africa) than in most of the rest of the world. Thus far, little work has addressed why African infection rates have been lower, but some experts in the field suggest it is likely due to demographics—the average age of people across Africa is much lower than in other parts of the world. Others suggest it might simply be a matter of less accurate reporting of infections and deaths. In this new effort, the researchers sought to discover which explanation is more likely. To that end, they conducted a study of donated blood in Kenya—a country in Africa that, like the rest of the continent, has not seen the sky-high infection and deaths rates found in other parts of the world.

The work involved analyzing blood samples collected from donors across the country over the months April to June. Each sample was tested for the presence of SARS-CoV-2 antibodies—a sign that the person who had donated the blood had experienced a COVID-19 infection.

Do you have super-helper syndrome? Here are the signs – and how it can hurt you

GPs will be forced to work Saturdays