Eczema has no cure, but there are treatments available to help soothe the symptoms. The main treatments, recommended by the NHS, are emollients (every-day moisturisers) and topical corticosteroids (creams and ointments used to reduce flare-ups), but these don’t always work for everyone. Lukas Wojciechowski, who had such painful eczema on the soles of his feet that stepping on the floor in his house would break his skin, has been transformed thanks to an inexpensive moisturiser. Lukas’ mum said that after months of pain, the two-year-old’s skin is now “beautifully” clear after discovering the cream.

Little Lukas suffered with a burning rash of eczema that spread from his thighs to the tips of his little toes, and steroids made it worse, said his mum.

“It started when he was two weeks-old – as a small patch of dry skin on his ankles,” said Shannon Harle, 21, from Kettering in Northamptonshire,” she explained.

“But it quickly spread all over his legs and feet so his legs and ankles were covered in scaly, hard and rough skin.

“The tips of his toes were so raw and peeling they looked sunburned, and his once-pink little soles of his feet were covered in sore, dry skin.”

Lukas’ eczema appeared to react to grass and the sunshine, so he had to wear tights to go outside.

Shannon said: “At home he needed to wear socks constantly, as even the smooth laminate flooring would rip his skin on the soles of his feet.” 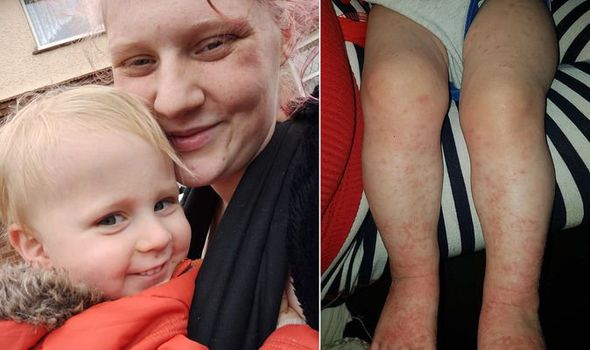 Lukas was prescribed moisturisers, and when his skin showed no improvement, was given a series of steroid creams.

Shannon also stopped eating dairy as tests showed he had a cow’s milk protein allergy and the allergen was being passed through her breast milk.

“The steroids cleared up the eczema, which was great to start, but after a few months of using it, Lukas’ skin appeared to be getting worse,” said Shannon, who suspected he was suffering with Topical Steroid Addiction (also known as Topical Steroid Withdrawal or ‘Red Skin Syndrome’.)

The ITSAN website, run by the charity International Topical Steroid Addiction Network, describe it as a “debilitating condition that can arise from the use of topical steroids to treat a skin problem, such as eczema”.

“His skin was red, weeping and he was scratching every day until it bled,” said Shannon. 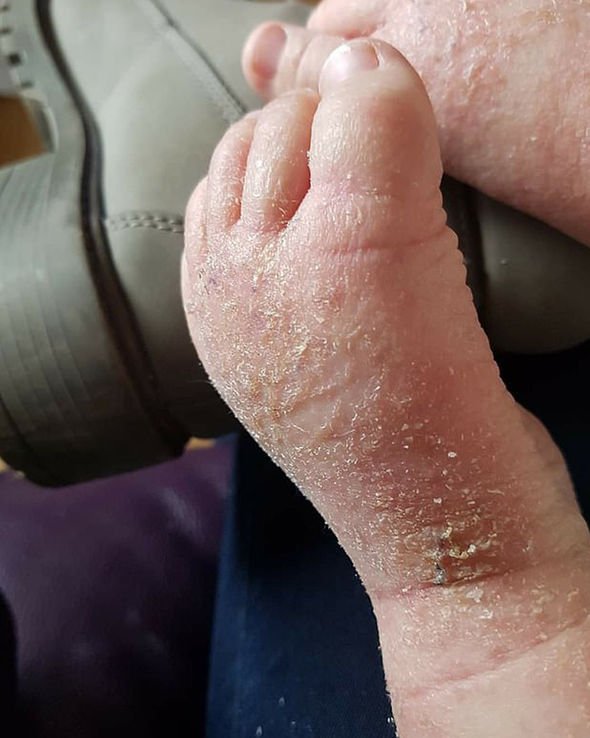 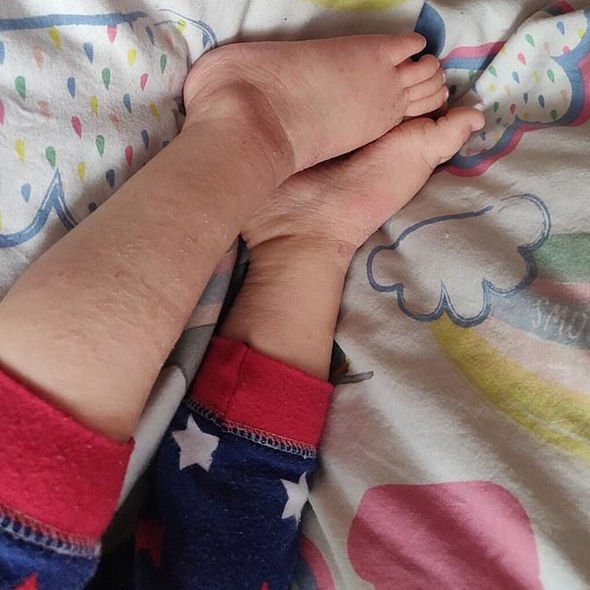 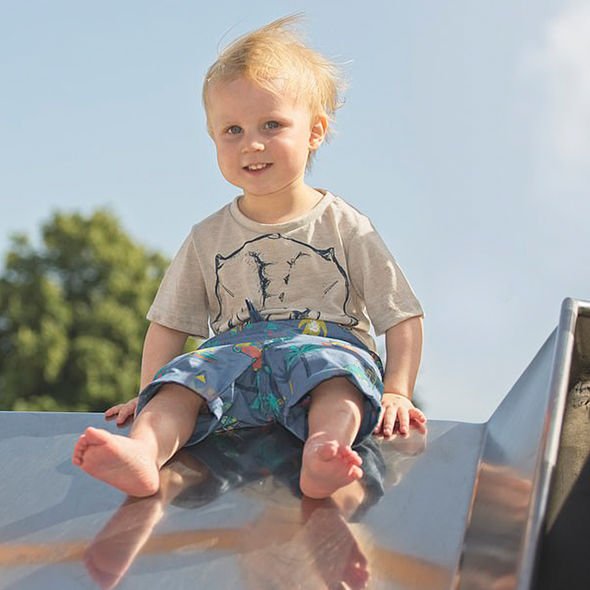 In March this year, desperate for a solution, she found out about the moisturiser Skin Salvation, by Balmonds, on an online mums’ forum.

Balmonds products were created by a Brighton mum desperate for a solution when her daughter was nearly hospitalised from her bleeding eczema.

Oil-based, it’s made with beeswax to lock in the moisture in dry skin, and hemp seed oil, which is rich in the essential fatty acids that eczema sufferers can often be deficient in.

Hemp seed oil has been proven effective at clearing psoriasis, a similar skin condition to eczema, and a number of studies have demonstarted the antimicrobial properties of beeswax.

The cream doesn’t contain petrochemicals, paragons, SLS, PEGs, perfumes and colours that can irritate the skin.

Within a month of using the cream, which is also free from nuts, soya, coconut, gluten and palm oil, the painful skin on Lukas’ legs had cleared.

“We saw an improvement in days. He wasn’t crying when we put the cream on,” sais Shannon, also mum to Elisia, three, and pregnant with her third child, due in October.

“Things are so much better now. Using this cream is the only thing we’re doing differently.

“The soles of his feet are more pink now and there are no scabs. His skin is beautifully clear.”

Another effective and inexpesive treatment found to clear-up eczema is coconut oil.

Why do some primates live in pairs?

Daily Fitness Challenge: How many chest-to-floor burpees can you do in a minute?

Interoperability in cities is improving, but small hospitals lag behind

October 29, 2020
We and our partners use cookies on this site to improve our service, perform analytics, personalize advertising, measure advertising performance, and remember website preferences.Ok