DR ELLIE CANNON: Is there a probiotic that will ease my terrible IBS pain?

I suffer with terrible irritable bowel syndrome and nothing seems to ease it. I’m 83 and have read that probiotics might help, but no pharmacist will tell me which to get. Would you recommend one, and might it help?

However, it is very uncommon to develop it in older age so I’d be wary of assuming a diagnosis in someone over 80 as it is quite likely that there is another – more serious – underlying cause of the symptoms.

Bowel cancer, for instance, is often mistaken for IBS.

Having said that, if IBS is not a new problem, it is perfectly reasonable to try a probiotic. 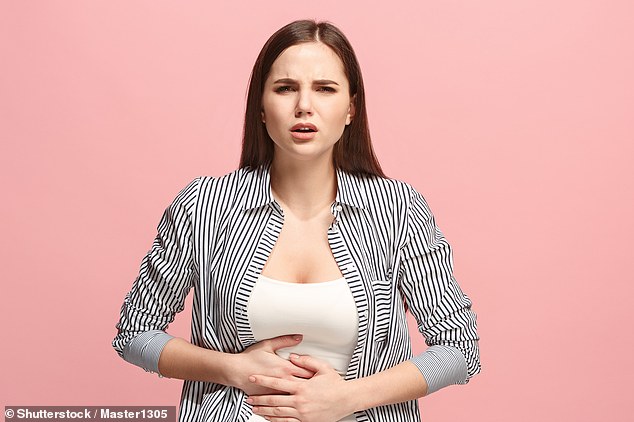 Medical guidelines support taking the supplements for the condition to reduce pain, bloating and other bowel symptoms, but they state you must choose only one and take it consistently for three months.

A probiotic can be taken as a capsule or powder and contains large numbers of ‘friendly’ bacteria that are similar to the type found naturally within the gut which help to keep the body working healthily. Sometimes they are sold as symbiotics – this means the probiotics are combined with a prebiotic, which are the sugars that the good bacteria feed on.

The most effective seem to be those containing bifidobacterium and lactobacillus. However, also try to eat some foods naturally high in probiotics, such as yogurt and fermented foods such as kefir and sauerkraut.

I have been suffering migraines that seem to be triggered by walking in the cold. A neurologist booked me in for Botox treatment but I’m not convinced it will help.

Migraines are similar to headaches but are usually coupled with sickness, nausea and sensitivity to bright lights or loud noises. They can be aggravated by a host of triggers, including certain foods, stress, bright lights and even regular activities such as walking.

It is common for sufferers to experience unusual sensations in the moments prior to an attack. These include seeing zig-zag lines or spots, or feeling pins and needles and numbness.

More from Dr Ellie Cannon For The Mail On Sunday…

If the symptoms are having a severely detrimental effect on quality of life, it is important for a specialist to rule out any other conditions that could mimic a migraine. These could include problems with blood pressure inside the head and blood vessel complications known as vasculitis, or painful conditions that affect the nerves inside the head and face, such as trigeminal neuralgia.

A neurologist should be looking to rule out serious causes of severe migraines, but if there are none, treatment should focus on preventing attacks. This includes medications such as propranolol or topiramate, which can be taken daily. Alongside this, relaxation techniques and acupuncture may be helpful.

There is also evidence to recommend the vitamin riboflavin, taken daily at a dose of 400mg. In addition, Botox, normally a cosmetic treatment to smooth wrinkles in the face, is an approved NHS treatment for chronic migraine. It is given as a series of injections around the forehead, and although it is unclear why it works it’s thought it blocks pain signals in the brain.

According to the charity The Migraine Trust, a 30 to 50 per cent reduction in migraine episodes is a good result from Botox. Specialists recommend two rounds of treatment before deciding if it has worked or not.

I am 45 and perimenopausal – my periods have become irregular over the past year. But in the past few months I’ve started bleeding between periods and suffered pain after sex. I had a smear test last month and it came back normal. What could be going on?

Both abnormal bleeding and pain after sex are common symptoms of the perimenopause.

During this period, dropping oestrogen levels cause menstrual cycles to be erratic and vaginal dryness. Having said that, it is important to get both symptoms checked in case they are not menopause-related and something more serious.

Bleeding between cycles is always a reason to visit the doctor for a check. Normally this type of bleeding is due to hormonal or harmless changes, but it can also be a symptom of endometrial or cervical cancer.

These diseases are more likely to develop as women get older.

Tests for them involve a GP examination as well as a scan, and possibly a closer look at the cervix – known as a colposcopy. It may also be necessary to test the womb lining for signs of cancer. A common reason for women to have erratic bleeding or pain can be an infection within the vagina. Nurses in the GP surgery or sexual health clinics can offer full testing and swabs to check for infections. This can be treated using antibiotics.

There are times in a woman’s life, such as menopause or during pregnancy, when such symptoms are considered normal, but doctors must not assume it isn’t something more serious.

I was one of the first, and biggest, champions of mask-wearing when Covid struck. But now that the UK Health Security Agency is recommending that people with colds and flu wear them again, I am exasperated. All it does is make health chiefs look as though they are actually doing something to combat the NHS winter crisis. But instead of fixing the fundamental problems in the health service to increase capacity, all they are doing is putting the responsibility on us.

Someone on Twitter referred to the recommendation as ‘placebo sandbags’, which I thought was rather apt. 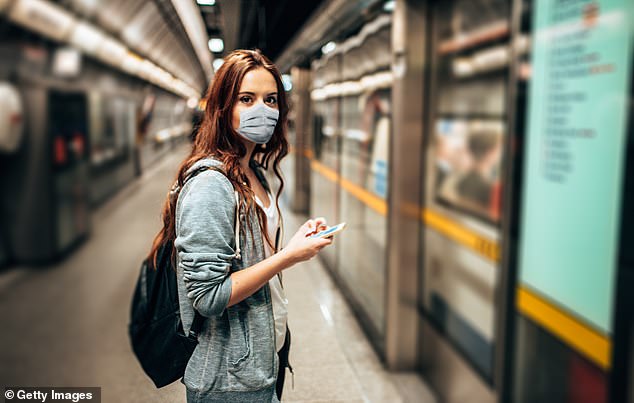 I was one of the first, and biggest, champions of mask-wearing when Covid struck (stock image)

The only environment where mask-wearing might be worth considering is in a medical waiting room, where there’s a greater chance of coming into contact with someone vulnerable. But even then, unless the entire waiting room is masked up, the effort will be futile.

Health bosses should stick to finding a solution to the crisis across the NHS and stop pushing pointless gimmickry.

Pharmacists are reporting shortages of cold and flu medicines such as Lemsip and Night Nurse across the UK.

It’s hardly surprising, with respiratory infections at their yearly high. But here’s something you should know: there are cheaper remedies that work just as well which you probably have in a cupboard somewhere.

The best thing for a sore throat is a mug of hot water (not boiling), with a teaspoon of honey (though not for babies under 12 months). And common painkillers such as paracetamol and ibuprofen will ease your aches and pains, as well as bring down body temperature.

I promise that you’ll see little difference between these treatments and anything you can buy in a pharmacy.

And don’t underestimate the benefit of a good night’s sleep.