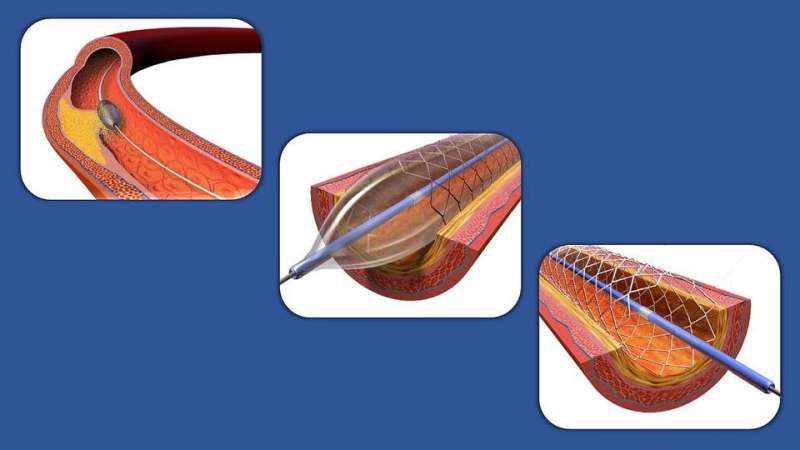 In a recent study reviewing Medicare claims data from 2019 for nearly 59,000 patients with peripheral artery disease (PAD), a Johns Hopkins Medicine research team provides statistical evidence that one method for restoring blood flow to clogged or completely blocked vessels is being overused or inappropriately used in the United States. This occurs, the researchers say, even though the procedure has not been shown in clinical studies to be more effective than two other less-expensive, less-risky surgical methods.

The findings were reported March 22, 2021, in JACC: Cardiovascular Interventions.

“We wanted to characterize physician practice patterns in treating PAD and determine if the therapy in question, atherectomy, was being used appropriately when compared to the use of balloon angioplasty, stents or a combination of angioplasty and stents,” says study lead author Caitlin Hicks, M.D., associate professor of surgery at the Johns Hopkins University School of Medicine. “What we discovered is that although there is a wide distribution of practices across the nation for the use of atherectomies and only slightly more than half of PVIs [peripheral vascular interventions] performed in 2019 relied on the technique, atherectomy accounted for 90% of all Medicare PVI payments.”

Atherectomy is one of the methods that clinicians use to remove plaque (the buildup of fat, cholesterol, calcium and other substances found in the blood) from blood vessels that have become narrowed or blocked. Unlike balloon angioplasties and stents that push plaque into the vessel wall to open the passageway, the atherectomy cuts it out.

However, clinical studies have never demonstrated that atherectomies are any more effective in treating PAD than angioplasties, stents or a combination of the two. Other studies have suggested that atherectomy increases the risk of distal embolization, in which a piece of plaque breaks free of a vessel and travels to the legs, dangerously reducing blood flow to the feet.

For the period Jan. 1—Dec. 31, 2019, the Johns Hopkins Medicine researchers reviewed Medicare fee-for-service claims for 58,552 U.S. patients who received elective PVI—atherectomy, angioplasty or stenting—for the first time. Patients were characterized for their demographics—including age, sex, race and ZIP code of residence—as well as their reason for getting PVI—including claudication (pain or cramping in the lower leg due to reduced blood flow) and chronic limb-threatening ischemia (inadequate blood supply to a leg that causes pain at rest or leads to gangrene). Histories of other conditions, such as kidney disease and diabetes, and lifestyle behaviors, such as smoking, also were noted.

Medicare claims for 1,627 doctors who performed PVIs on 10 or more patients during 2019 were reviewed in the study. The researchers documented a number of physician characteristics, including sex, years since graduation from medical school, primary specialty, census region of practice, population density of practice location, number of patients treated for PAD, and the type of medical facility in which care was primarily given.

Analysis of the data showed that during the study period, 31,476 (53.8%) of patients received atherectomies as their PVI. For age and sex, the numbers of atherectomies and non-atherectomies were approximately the same. However, the researchers found that atherectomies were performed more frequently on Black or Hispanic patients, those with claudication as their reason for treatment, and people living in urban settings and in the southern United States.

Physician use of atherectomies ranged from 0% (never used) to 100% (always used), with the latter being the case for 133 clinicians—nearly 10% of the total studied. Men were more likely to use atherectomies, as were doctors in practice for more than 20 years, cardiologists and radiologists, and those who practiced in regions with a higher median Medicare-allowed payment for PVIs per patient.

Overall, nearly $267 million was reimbursed by Medicare for PVIs performed in 2019. Of this, approximately $241 million—a resounding 90.2%—was for atherectomies.

Scientists told about the benefits of frequent sauna use