Dizzy spells, clumsiness and falls could be a warning sign that your brain is being damaged by eating BREAD

Dizzy spells, clumsiness, loss of balance and falls. All worrying and strikingly common symptoms that affect millions of Britons.

And while sinister causes such as cancer or a stroke, blood pressure fluctuations and infections can be quickly ruled out, for many the trigger – and an effective remedy – can remain elusive.

But could the problem be found in the diet? The answer is yes, according to a growing group of doctors who say such difficulties can be due to a surprisingly common reaction to gluten – a protein found in bread, pasta and cereal.

The condition, called gluten ataxia, occurs when, for reasons not fully understood, the immune system goes haywire in response to gluten in the food and attacks parts of the brain.

In severe cases, patients can suffer stroke-like symptoms such as difficulty talking, walking and even paralysis. 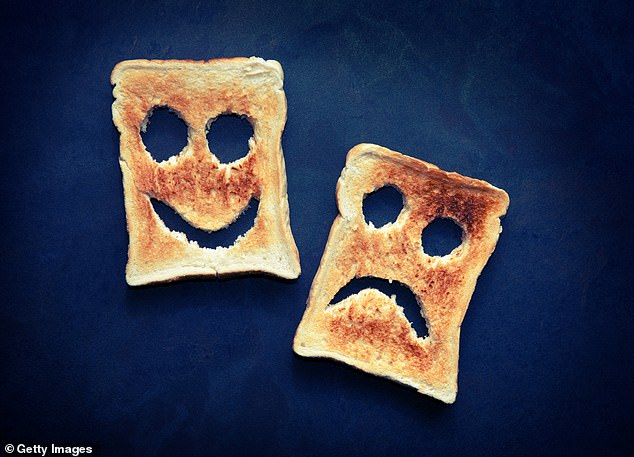 Doctors say difficulties such as dizzy spells, clumsiness, loss of balance and falls can be due to a surprisingly common reaction to gluten – a protein found in bread, pasta and cereal. Pictured: Stock image

Worryingly, it is all too often mistaken for other conditions, denying patients simple, effective treatment: a gluten-free diet.

If spotted early, cutting out gluten-containing foods can reverse symptoms. But if it is left untreated, in severe cases it can cause permanent brain damage, leading to life-long disability.

Neurologists at Sheffield NHS Teaching Hospital have developed a simple blood test that can offer a diagnosis within minutes.

The test looks for proteins in the blood released by sufferers’ immune systems after they eat food containing gluten.

Patients can then adopt a gluten-free diet, halting symptoms and reversing physical brain damage in the majority of cases.

Gluten ataxia is closely linked to coeliac disease – the gluten-related illness that affects at least 600,000 Britons and causes painful inflammation in the gut.

Coeliac patients are 16 times more likely than healthy individuals to develop gluten ataxia, and it’s thought the two problems are caused by the same genetic fault.

But experts say it is possible to suffer gluten ataxia without experiencing any gut symptoms, which is why patients are often not tested for the diet-related condition.

One sufferer, Lorraine Walker, a 65-year-old former schoolteacher from Barnsley, South Yorkshire, lived with slurred speech, severe shaking and balance problems for four years before being diagnosed with gluten ataxia in 2012. 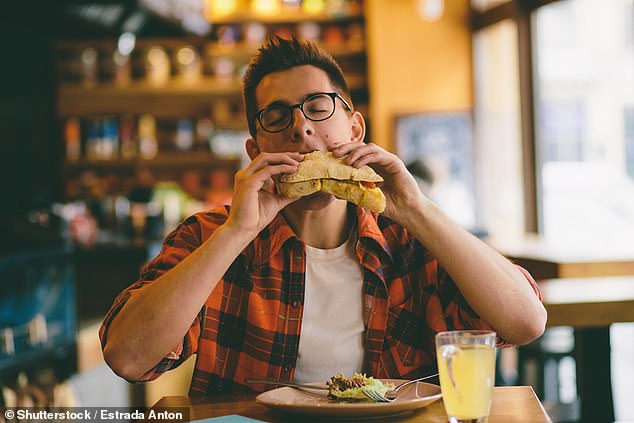 In severe cases, patients can suffer stroke-like symptoms such as difficulty talking, walking and even paralysis. Pictured: Stock image

The mother-of-one had no idea her diet was the trigger for her disabling symptoms, as she suffered no digestive issues.

She says: ‘When I first went to my GP in 2008, I was told it was menopause. But then when it got worse I was referred to a neurologist, who did tests for a suspected stroke but they came back normal.’

She adds: ‘I ended up having to use two walking sticks to get around. I thought I was losing my mind – no one could understand what was happening to me.’

Lorraine’s neurologist eventually referred her to Professor Marios Hadjivassiliou, a neurologist at the Sheffield Ataxia Centre, who suspected gluten ataxia and suggested she adopt a gluten-free diet. Her condition rapidly improved.

‘I was able to walk without my walking sticks for the first time in years,’ she says.

‘I’m a lot less unsteady or wobbly on my feet now. But because the damage was so severe, my speech will always be slurred. At least I know now it’s not getting any worse.’

It’s not just a turn of phrase – some people really don’t have the stomach for nasty sights.

A Cambridge University study found that the rhythm of electrical currents in the stomach influences ability to look at unpleasant images.

Scientists knew these signals were linked to sensations of nausea, hunger and fullness.

But now researchers have found that those who can cope better with off-putting images have less-active electrical currents in the stomach.

In the study, published in Current Biology, two groups were shown pictures of rotting food and bodily waste.

The group that took a tablet to dampen the electrical signals could tolerate looking at the disgusting images for longer.

In 80 per cent of cases, a gluten-free diet has dramatically reduced, if not eliminated, symptoms. The problem, he says, is that until now patients have been referred to his clinic as a last resort.

He adds: ‘Gluten ataxia destroys the cells of the cerebellum, the part of the brain responsible for movement, and if this continues over a long period then the symptoms will become irreversible.

‘If someone is referred to us and their cerebellum has been reduced to the size of a walnut, there’s only so much a gluten-free diet can do.’

Prof Hadjivassiliou says he has encouraged GPs to consider gluten sensitivity when diagnosing patients with balance problems for ‘many, many years’, but until now there has been no clear diagnostic test to identify the condition.

Now his team has helped to develop a blood test to diagnose gluten ataxia in patients in minutes and allow doctors to begin treatment before the symptoms become irreversible.

The test, called the TG6, has been used in trials at the Sheffield Ataxia Centre for the past year and could soon be available across the NHS. It works by identifying anti-transglutaminase-6, an antibody triggered in response to gluten, in the bloodstream.

Patients displaying severe symptoms of gluten ataxia often have high levels of anti-transglutaminase-6 in their blood and, while research is still ongoing, scientists believe the antibody entering the brain and attacking the cerebellum could be one of the main causes of the disease.

The charity Coeliac UK is already fundraising to supply the test to everyone in the UK experiencing symptoms of ataxia.

Prof Hadjivassiliou’s gluten ataxia research is not without critics. Some experts in the US argue that ataxia could be linked to vitamin deficiencies rather than gluten.

Doctor Andrew McKeon, a neurologist at the Mayo Clinic in Minnesota, said gluten ataxia was controversial and suggested that patients could be suffering from a lack of copper.

But Prof Hadjivassiliou dismisses these ideas as nonsense, pointing to the successful recovery of his patients as ‘obvious proof’.

And in 2018, a US study published in the Neurology, Neurosurgery And Psychiatry journal concluded that there was a clear link between gluten-triggered antibodies and damage to the cerebellum.

Experts say it is vital, should patients suspect they are suffering from gluten ataxia, that they do not cut gluten from their diet without speaking to a doctor first, as not eating gluten can lead to false-negative test results.

If you cut out gluten, the body doesn’t produce the chemicals that help flag up the problem.

Lorraine Walker believes an early diagnosis would have made a huge difference to her life and might have prevented the irreversible damage she suffered to her speech.

She says: ‘Things would have been very different if I’d been diagnosed in 2008. I might still have my speech.

‘There are so many people out there suffering from this, and this test could help them all.’

What Is the keto diet and does it work?