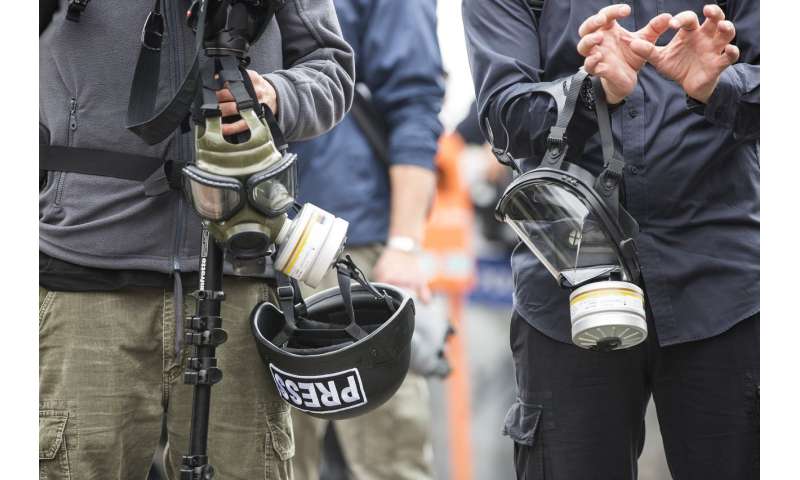 People who have been exposed to chemical warfare agents (CWAs) feel uncertain, decades after the exposure, about their survival and ability to build a family, a University of Gothenburg study shows. Women are more severely affected than men.

The study, published in BMJ Open, is based on qualitative, in-depth interviews with 16 survivors of the massive 1988 poison-gas attack on Halabja, a city in the Kurdistan Region of Iraq, when 5,000 people died and twice as many were injured. The interviewees, ten women and six men aged 34 to 67, were all diagnosed with chronic lung complications.

A previous study revealed that the victims experienced severe deterioration of their physical and mental health. The focus is now on their experience of marriage and family building, three decades after their exposure to CWAs.

The study shows the sense of uncertainty most of the interviewees felt about survival and forming couple relationships and families. Their anxiety characterized all decision-making in the private and social spheres, but was most clearly apparent regarding the issue of building a family. Their fear of having children with congenital defects was huge.

The results also followed a gendered pattern: women who had been exposed to CWAs were more psychosocially affected than men from the same background. The women were also more often unemployed, divorced, single, and living in socioeconomically vulnerable conditions.

The first author of the study is Faraidoun Moradi, a doctoral student of occupational and environmental medicine at Sahlgrenska Academy, University of Gothenburg, who is also a registered pharmacist and a specialist in general medicine.

“The exposure not only affects women’s physical work capacity, but also has repercussions like social stigmatization, emotional neglect, and a sense of social abandonment,” he states.

“The women regard themselves as contaminated, and others think the same. There’s a fear of being unable to have healthy children, although there’s no strong scientific evidence for that.”

“This creates difficulties in starting a family, or results in divorce—which, in turn, means that they may stay involuntarily single and, more often than the men, live in disadvantaged socioeconomic circumstances,” Moradi adds.

The researchers behind the study work at the University of Gothenburg and the Johannesburg Institute for Advanced Study, South Africa. Together, they possess expertise in medicine, psychology, and social anthropology, and stress the importance of broad knowledge of how people are affected by chemical weapons, such as nerve and mustard gas.

What Does It Mean When Your Left Hand Itches?

How do we stop the spread of coronavirus without widespread testing