More than two years into the pandemic, SARS-CoV-2, the virus that causes COVID-19, continues to challenge us. Its ability to rapidly mutate has seen the evolution of increasingly infectious variants that are getting better at hiding from our immune response.

Vaccines are a huge achievement of modern-day science and have played a crucial role in reducing the very worst impacts of COVID. But are the vaccines we currently have able to deal with the newest COVID variants?

The current COVID vaccines are all based on the genetic building blocks, or the DNA sequence, of the original ancestral strain of SARS-CoV-2. The majority of these vaccines target the spike protein—the part of the virus that attaches to our cells to gain entry.

The vaccines work by enabling our immune cells to mount a targeted response to the spike protein, including generating antibodies known as neutralising antibodies. These stop viruses getting into our cells, and help other immune cells find and destroy any viral intruders.

But SARS-CoV-2 is a slippery customer and has been mutating with notable changes to the spike protein. That means those vaccine-induced neutralising antibodies are less effective than they once were.

Is it time for a new generation of COVID vaccines?

The idea to vaccinate against variants rather than the ancestral strain is gaining traction. This is not a new concept in vaccine development. Our annual flu shots, for example, target circulating variants.

One approach is to create what’s called a “bivalent” vaccine that targets the spike protein from omicron (BA.1) as well as the ancestral strain. Moderna is currently testing this option in combined phase 2 and 3 human trials. Data yet to be peer-reviewed suggests this results in around a two-fold increase in neutralising antibodies against BA.1, compared with the original COVID vaccines.

Other Moderna trials are looking at different bivalent combinations, including vaccines that target the ancestral and beta strains, which look promising.

Pfizer has also released trial data on its booster candidate specifically tailored against BA.1. The company says this reformulation induced an immune response to BA.1 superior to that produced by its original COVID vaccine.

So should we be investing in these new vaccine candidates? The US Food and Drug Administration seems to think so, having recently approved the use of these omicron-specific shots later this year. 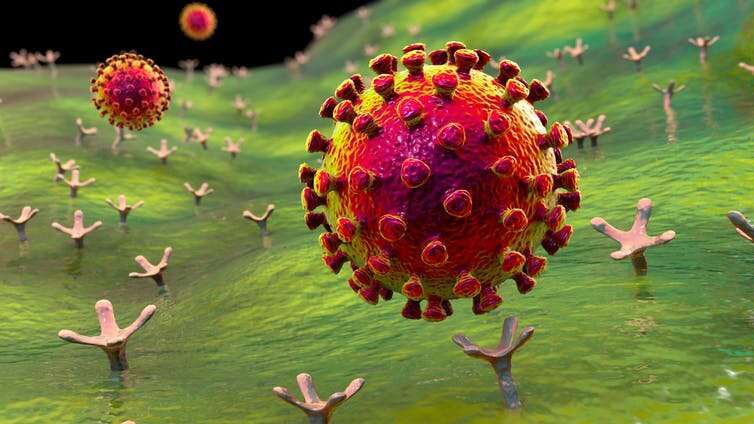 However, investing in and rolling out new vaccines is not cheap, and there are important questions we need to address. As we know, SARS-CoV-2 is ever mutating and changing. It was less than a year ago that the delta strain dominated around the world, and before that we had alpha and beta. So are omicron variants the right ones to be targeting? Will they still be dominant a year from now? We simply don’t know.

Even with omicron strains there is variation. The BA.1 variant that these new vaccine candidates target has recently been outcompeted by BA.4 and BA.5. The BA.4 and BA.5 variants are even more resistant to neutralising antibodies, typically three- or four-fold, than BA.1. So the question is, if omicron pervades, would these omicron BA.1 vaccines work better against BA.4 and BA.5 than the original vaccines? Data still to be peer reviewed suggests the bivalent vaccines may be a little better than the original vaccines.

However, omicron may be a poor vaccine candidate as recent data shows that omicron infection doesn’t produce robust immunity and is characterised by low levels of neutralising antibodies, which need to be higher and more persistent to prevent rapid reinfection. This could go a long way to explaining why so many of us are catching COVID multiple times. If we see the same thing with our vaccine-induced immunity to omicron, omicron-specific vaccines may not be a worthwhile investment.

None of this means we should stop looking for long-term protective vaccines. But perhaps there’s scope to focus on different strategies. Two exciting avenues are emerging.

Another avenue involves capitalising on the ability of neutralising antibodies in the nose and throat to target SARS-CoV-2 at its point of entry. These antibodies create a barrier that stops the virus getting into the body, so a vaccine that generates neutralising antibodies in the nose and throat could stop the virus in its tracks. Studies trialling nasal vaccines look promising, although these are still at early stages.

The last UK-wide booster campaign was in December 2021. Studies had shown that COVID vaccination followed by infection lead to months of immunity, but this was before omicron, which we now know doesn’t produce robust immunity. Against omicron, many of us will have minimal neutralising antibodies left.

With the high likelihood of another variant in the autumn, alongside fears of a bad flu season, it would seem prudent to embark on an autumn booster campaign with much wider coverage than the spring campaign. This means not just targeting over 65s and others at higher risk as is currently planned, but extending eligibility to younger age groups.

Research: the Slight increase of the blood pressure values as signs of brain damage identified!