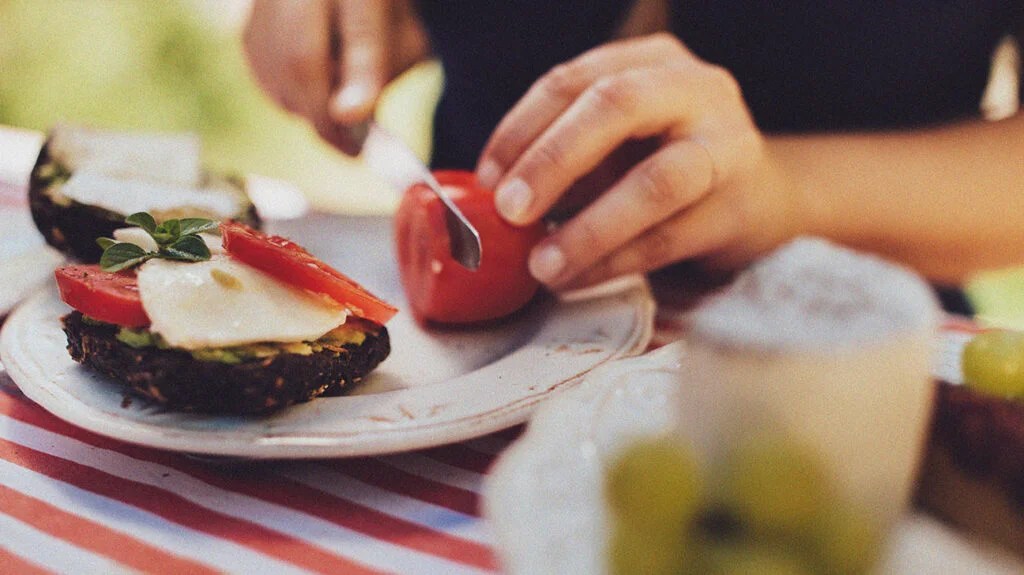 The study found that tumor growth was driven and accelerated by elevated insulin levels in the mice.

It also found that lowering the mice’s insulin levels and improving their metabolic health had an anti-tumor effect.

“Time-restricted eating has a positive effect on metabolic health and does not trigger the hunger and irritability that is associated with long-term fasting or calorie restriction,” says Dr. Manasi Das, postdoctoral fellow at the University of California (UC), San Diego and first author.

“Through its beneficial metabolic effects, time-restricted eating may also provide an inexpensive, easy to adopt but effective strategy to prevent and inhibit breast cancer without requiring a change in diet or physical activity.”

Having overweight or obesity increases the risk of developing at least 13 types of cancer.

When the body’s circadian rhythms are thrown off, it can change how the body responds to insulin. Insulin is a hormone produced by the pancreas that helps regulate blood sugar levels.

These changes can cause a person to become insulin resistant or develop metabolic syndrome, both of which may increase the risk of developing some chronic diseases, such as cancer.

Circadian clock disruptions also appear to promote tumor growth by interfering with the cell cycle and activity of cells that suppress tumor growth.

Recent research has found that there seems to be an especially strong connection between obesity and breast cancer.

The impact of obesity on breast cancer is extremely complex, and it is still being investigated. However, several factors seem to contribute to how obesity impacts the risk of developing breast cancer.

Of these potential influencing factors, menopausal status seems to be especially important. Research shows that obesity consistently raises the risk of breast cancer, and the chance of poor outcomes, in postmenopausal women.

In light of this finding, research teams have been trying to uncover precisely how obesity is associated with breast cancer. Their findings could have important implications for millions of people.

According to the American Cancer Society, in the United States alone, some 1 in 8 females will receive a diagnosis of invasive breast cancer in their lifetime, and in around 1 in 39 cases, it will be fatal.

Moreover, according to the Centers for Disease Control and Prevention (CDC), 42.4% of adults living in the U.S. had obesity in 2017–2018. The age-adjusted prevalence of severe obesity is also higher in women than men.

Several of these complications, such as weight gain, circadian rhythm disruptions, metabolic changes, and inflammation, increase the risk of developing cancer.

TRF (in animals), or time-restricted eating (TRE) (in humans), is a type of intermittent fasting where food intake is restricted to a specific number of hours per day in line with circadian rhythms. In most cases, this means eating only for 6–12 hours per day during the times a person is usually most active.

In the new study, researchers were investigating whether TRF would impact the growth and development of tumors and reduce the risk of breast cancer metastasizing to the lungs in mice with obesity-driven breast cancer.

To do this, they caused female mice to develop hormonal conditions similar to those women experience following menopause.

They also gave two groups of mice unrestricted access to high fat foods for 10 weeks before the trial began to make them obese. Another group of mice, the control group, was given normal chow throughout this period.

The final group of mice, who were fed on a TRF schedule, had access to high fat foods only for 8 hours during the night. It is at night that mice are naturally most active.

In another part of the study, researchers also tested to see whether TRF reduced tumor growth and spread in the mice with obesity that were injected with breast cancer cells or induced tumors.

The team found that TRF seemed to reduce obesity-enhanced breast tumor growth without reducing caloric intake. It also appeared to reduce the risk of developing breast cancer, as well as the risk of it spreading to the lungs.

The researchers claim these results are likely due to the fact that TRF improved circadian disruptions and metabolic problems associated with obesity.

“We were able to increase insulin sensitivity, reduce hyperinsulinemia, restore circadian rhythms, and reduce tumor growth by simply modifying when and for how long mice had access to food,” says senior author Dr. Nicholas Webster, a professor at UC San Diego School of Medicine and senior research career scientist at VASDHS.

Researchers now need to confirm their findings on a larger scale and in humans. They will also need to figure out how TRF impacts men, as well as other types of cancer.

However, the researchers claim their results warrant clinical trials in humans.

TRE could offer millions of people a much easier, more accessible way to reduce their risk of becoming ill or dying.

Many people cannot commit to major lifestyle and dietary changes, the researchers say, or do not follow them strictly.

“Our data suggests that a person may benefit from simply timing their meals differently to prevent breast cancer rather than changing what they eat,” says Dr. Das.

How afraid of COVID variants should we be?