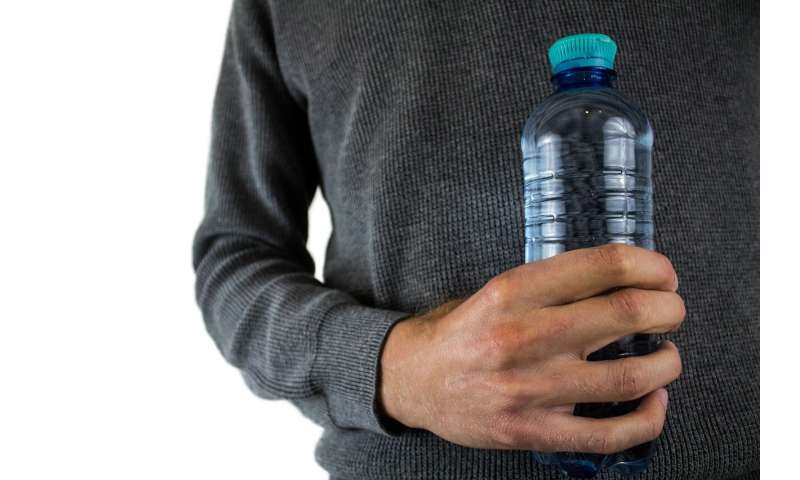 A compound used to reduce public exposure to possible toxic effects of the chemical Bisphenol A (BPA) may cause impairment to fat cells, which could lead to widespread inflammation and obesity. The first-of-its-kind study is published ahead of print in the American Journal of Physiology—Cell Physiology.

Recent studies suggest that, in addition to lifestyle causes, environmental factors may contribute to obesity in the U.S., including the exposure to endocrine-disrupting chemicals. Endocrine-disrupting chemicals are substances that interrupt the function of the endocrine hormones that manage a variety of bodily processes, including metabolism and growth. Previous research has found that BPA, used to make plastics such as water bottles, reusable food storage and the resins that line canned food containers, may leach into food and present a potential health hazard. Some manufacturers that produce BPA-free products use a similar compound called Bisphenol AF (BPAF). The possible endocrine-disrupting effects of BPAF have not been as widely studied as BPA in animals, and more importantly, people.

Researchers from Baylor College of Medicine in Houston studied preadipocytes—an immature form of fat cells—donated by healthy women to determine the effects of BPAF on inflammation and metabolic responses associated with obesity. The research team treated the fat cells with BPAF and analyzed them as the cells matured. Exposure to BPAF increased lipid accumulation—the fat component in fat cells—and activated a protein that regulates the production of fat cells. In addition, treatment with BPAF led to impairment of the cells’ energy centers (mitochondria) and increased expression of genes involved with inflammation. Inflammation in fat cells critically contributes to the complications of obesity and metabolic syndrome.

“It is difficult to determine, based on [lab-based] exposures, whether the potency of BPAF influences physiology sufficiently to affect the metabolic profile of obesity,” the researchers wrote. “Nonetheless, the increased environmental accumulation of BPA alternatives motivates a need to understand how BPAF exerts effects on endocrine tissues,” they added.