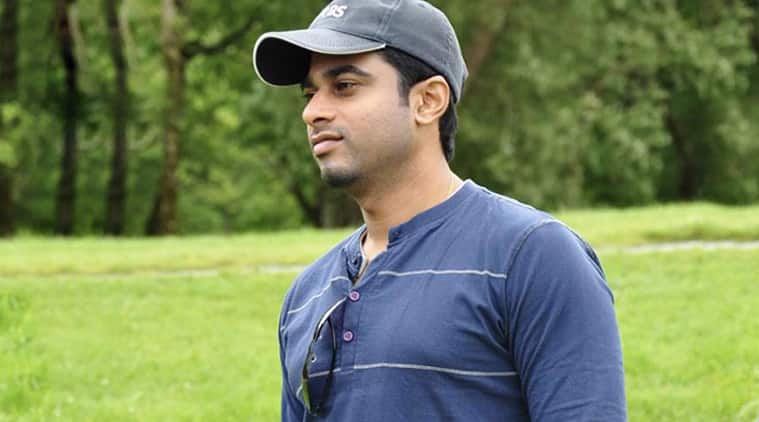 As someone who had a charmed life working in a reputed MNC, had loving parents, was in good health and was travelling the world with his then life partner, Niraj Doshi had little to complain about until relationship issues pushed him into depression. Lasting for over four years, his depression became so severe that he attempted suicide multiple times.

“I avoided medical advice and went into a dark place. I tried to jump off my 23rd floor condo in Singapore a number of times. It took a total of 33 people to help me come out through this difficult phase of my life. After refusing medication for long, and after nearly succeeding in my attempt to die, I finally decided to seek medical help. I am so glad that I survived,” 39-year-old Niraj, who worked as a payments professional at an MNC, tells indianexpress.com.

ALSO READ | From depression to anxiety: Celebs who have opened up about their battle with mental health

It was Niraj’s mother, Bansi, who led him to his life’s calling. “Every dark moment eventually opens to light. And for me, it was finding my life’s passion, which my mother guided me towards. ‘If 33 people saved your life, why can’t you garner the support of 26.4 million to eradicate the 8,00,000 suicides that happen every year? she had told me,” says Niraj, who co-founded SALUBRIUM, which stands for SAL — Save a Life — providing U (you) and your loved ones equiliBRIUM of the mind and heart, with his mother.

Launched as an India-based mental health organisation on September 10, 2019 on World Suicide Prevention Day, the organisation aims at eradicating suicides in Asia by 2030 and worldwide by 2040.

“Post surviving the attempts and returning to normalcy, my mother and I had several chats around why does the epidemic of suicide still persists, especially since they are absolutely preventable. We collaborated to research and put together a team of well-wishers who were aligned with the vision of driving mental health awareness, eradication of the stigma around such illnesses as well as helping with the treatment to all,” he explains.

According to the World Health Organization (WHO), globally, close to 800,000 people die of suicide every year. It equates to one person dying every 40 seconds. WHO reports that as a public health problem, suicide is the leading cause of death among young people aged 15 and 29 years. Such has been the rise of suicides that WHO has called for developing and implementing strategies to prevent suicide and promote mental health in the run-up to World Mental Health Day observed annually on October 10. This year, the theme of the day is suicide prevention.

ALSO READ | Is there a link between depression and reduced physical activity in people with type 2 diabetes?

Using books, podcasts, meditation, yoga and also artificial intelligence-enabled technologies to reach out to individuals in need, with the help of noted clinical psychologists like Dr Kiran Shandilya, and wellness gurus like Dr Mickey Mehta, Doshi stresses that his organisation also aims at reducing stigma around mental health.

“The journey for SAL started off on a very personal note. So, we want to prevent mental illnesses via tie-ups with wellness gurus, art-based therapy, like painting and meditative and therapeutic art forms like Zen tangles, Drum Circles and mandalas for de-stressing and relaxation,” he says.

One month into its functioning, nearly 15 people of different age groups have reached out to SAL’s helpline number — 1800121150150 — with issues that range from financial or job losses to relationship issues within family. “The calls have been from across India. The counselling calls are an hour each, whereas the initial chat is for 15-30 minutes on an average. Also, parents/friends have also called for their loved ones. It’s all confidential,” he says.

ALSO READ | You need to embrace anxiety and approach it with lots of love: Shraddha Kapoor

Acknowledging the role of his mother and his friends as caregivers, Niraj stresses on the need to have support. “Caring is the best medicine for mental health survivors. It gives them a feeling of acceptance and togetherness from the situation of detachment. Involvement and a family support helps the person to recover quickly. It can help the person to deal with his/her issue of self-esteem related to their condition. It is always advisable to be around a person with mental health condition and give them all love and happiness and to never leave them alone,” he tells indianexpress.com.

This is when a birthmark should worry you