Can shining a light in your ear REALLY stop you feeling tired?… just one of the remedies (including an ear massager) that claim to boost energy levels

Can a gadget, supplement or even chewing gum stop you feeling tired?

Dr Najia Shaikh, an NHS GP based in London and at the One Skin Clinic in Harley Street, assessed products that claim to help to do just that.

We then rated them. Angela Epstein reports. 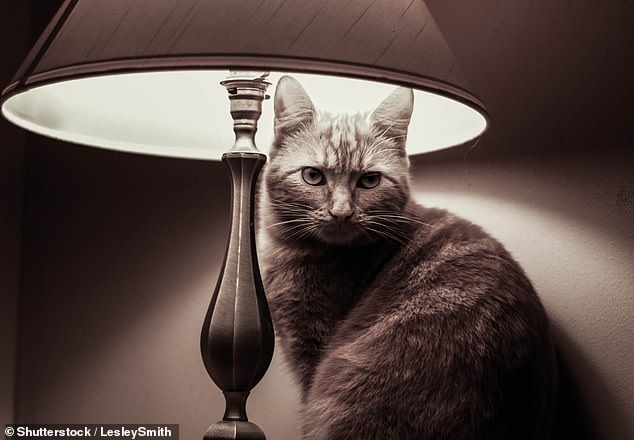 Can a gadget, supplement or even chewing gum stop you feeling tired? {File photo] 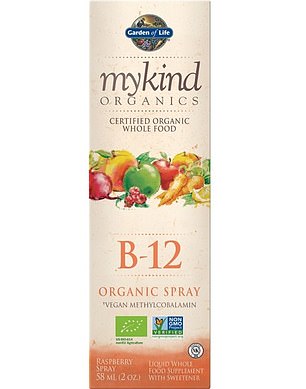 CLAIM: Oral vitamin B12 spray boosts energy and aids concentration, says its manufacturer. Use once daily.

EXPERT VERDICT: Vitamin B12 reduces fatigue by converting food into glucose for energy. Having Crohn’s disease or taking medications such as proton pump inhibitors (to treat heartburn) can affect levels as both reduce stomach acid, which we need to absorb vitamin B12 from food.

This should quickly boost energy as it’s a big dose and the vitamin is absorbed faster in spray form into the bloodstream via the small capillaries in the mouth, compared to a tablet that is broken down in the digestive system.

After spraying under the tongue you should feel the results after an hour. It may not help if tiredness is caused by other factors such as lack of iron.

Put the ear buds in, turn it on, and bright light flows to photosensitive (light-responsive) areas of the brain, the manufacturer says.

It increases levels of chemicals released by the body such as noradrenaline, which raises blood sugar levels to provide energy. All in 12 minutes.

EXPERT VERDICT: Some studies have shown light therapy helps seasonal affective disorder (SAD), which can cause tiredness. These areas of the brain are normally stimulated by sunlight.

But there isn’t enough evidence about stimulating the brain through light in the ears or that it makes you produce more beneficial chemicals in the body, so I’m sceptical.

And it might be used in place of exercise and meditation as a quick alternative. Yet they, unlike the HumanCharger, are scientifically proven to improve energy levels. 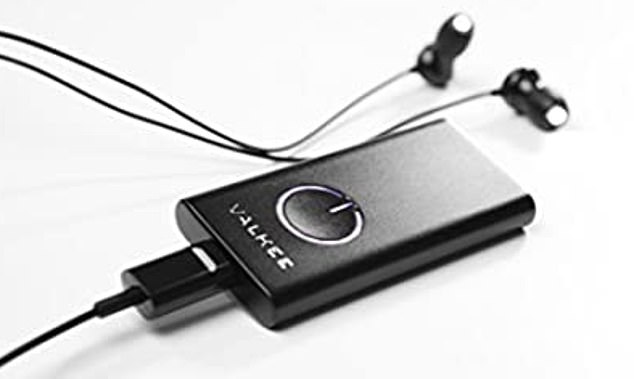 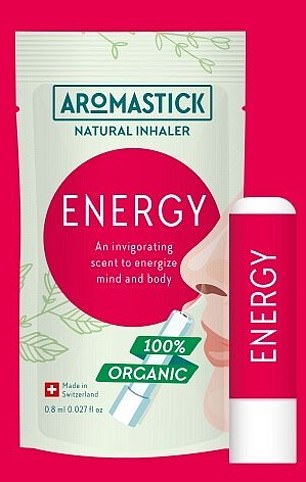 CLAIM: This inhaler contains peppermint to improve blood circulation, rosemary, which ‘energises the nervous system, resulting in feelings of wakefulness’, and grapefruit for ‘stimulating mental energy’.

EXPERT VERDICT: Studies on inhalable energy sticks suggest essential oils can activate your hypothalamus in the brain — though some may have been done by manufacturers. The hypothalamus controls energy and drive, so this may increase energy levels.

But be careful. Breathing essential oils for more than an hour may cause breathing problems. If you have heart problems, consult a doctor before use.

CLAIM: Sugar-free, peppermint-flavoured gum is an ‘easy, healthy way to get an energy boost’ — it has an espresso’s worth of caffeine, plus B vitamins and ginseng.

EXPERT VERDICT: Caffeine gives instant energy and is safe in small doses (but be careful if pregnant or breastfeeding).

Ginseng may help fight fatigue by increasing energy production in cells. And B vitamins assist energy levels by converting food to glucose. A cheap and convenient way to get an energy boost. 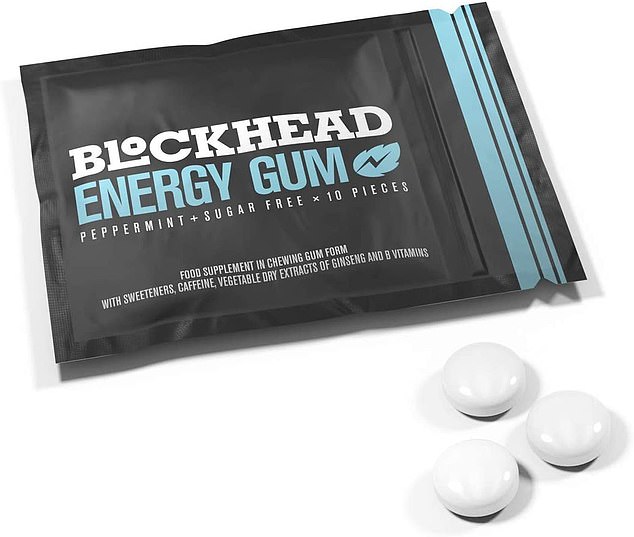 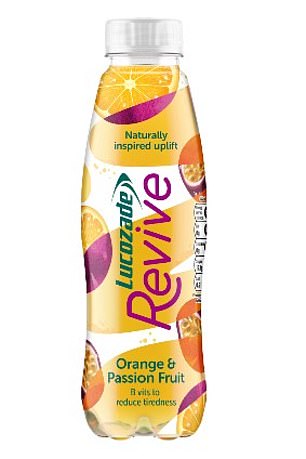 CLAIM: A sparkling drink said to be ‘like a breath of fresh air or a splash of water to the face’ — providing a ‘naturally inspired uplift’.

EXPERT VERDICT: This has B vitamins which will boost energy. But also sugar — which gives a temporary lift then a crash in energy levels. Try B vitamin tablets or look for a sugar-free alternative.

CLAIM: This is a wearable device clipped to the ears designed to help you stay awake while driving. It’s based on a principle of Chinese medicine involving stimulating the earlobe to reduce sleepiness. It massages ear lobes for five minutes — use before driving or whenever feeling sleepy.

EXPERT VERDICT: I haven’t found any scientific evidence on this. There are studies on applying acupressure on your ear to help with anxiety, depression and dementia, but it’s not proven in alertness.

It is unsafe to assume this will keep you alert enough to drive — if you feel sleepy, don’t drive. 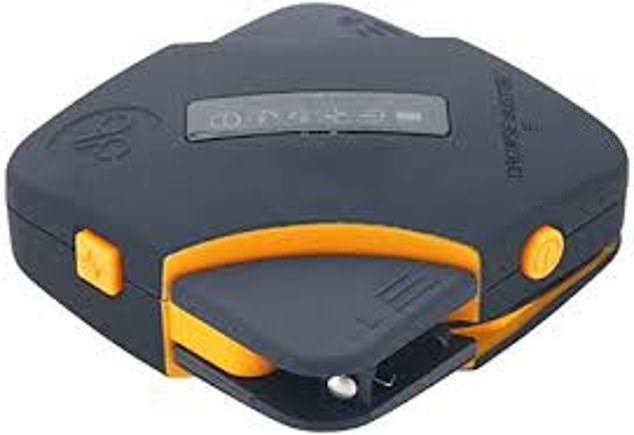 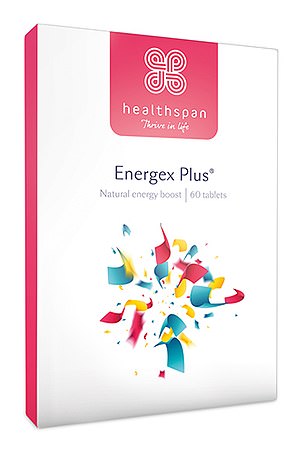 CLAIM: The manufacturer claims these are ‘naturally energising sugar-free tablets’.

Ingredients include guarana, an Amazonian plant with twice the caffeine found in coffee beans.

According to the maker, the seeds are used as a stimulant. Take one to two tablets a day.

EXPERT VERDICT: Contains B vitamins which help with energy levels. What distinguishes it from many supplements is the ginseng which helps with stress (ginseng has been used in Chinese medicine for thousands of years).

Can you run up the stairs?

Yes! I still exercise every day. I’m up at 7am and I cycle for 50 minutes then do 90 seconds on a Power Plate exercise machine.

Get your five a day?

No. I’m not a fan of vegetables, except carrots and spinach. I get the nutrients through vegetable soups, which my wife Megs cooks. 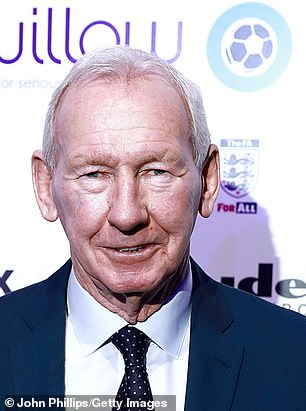 I now weigh 13 stone [he’s 6 ft tall], only 3lb more than when I stopped playing professional football 46 years ago.

My Dad’s dad had prostate cancer, which I also had six years ago. My daughter Anna died of a very rare form of cancer of the nerve sheath called malignant schwannoma, aged just 31 in 1998.

My prostate cancer. My first question to my surgeon was, ‘Was it my fault that Anna got cancer?’ he said, ‘absolutely not’. I was lucky as mine was caught early so the only treatment I had — brachytherapy, radioactive seeds inserted into the prostate — worked.

Yes, I did go through a period of painful migraines during disagreements when I was approaching the end of my 20 years at the BBC. But the most painful moment of my life was watching my daughter die.

What keeps you awake at night?

When I was playing I’d have restless nights about letting in goals. Now it would be concerns about our charity [The Willow Foundation, which he co-founded] or a family illness.

As long as I had some form of usefulness to family, friends, or society and as long as I didn’t get into the dreaded dementia area, then yes.

From patient to provider to cloud: Moving healthcare IoT from idea to reality

Putting an end to 'hyperportalosis'