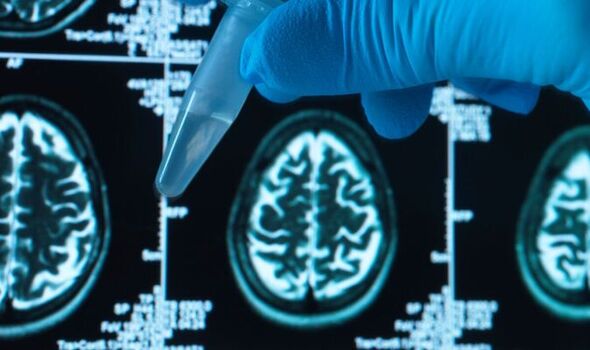 They want a huge effort to increase detection of Alzheimer’s in its earliest stages, so more people can be treated and take part in research.

Dr Susan Kohlhaas, of Alzheimer’s Research UK, said: “The challenges to the health system are going to be vast. Getting people diagnosed early, into research and treatment early, will be really key in the coming years.

“This is a real window of opportunity for us as a field to get that right.”

Scientists have faced decades of setbacks and dead ends in the search for a drug that could slow, halt or even reverse the disease.

But in September, the drug lecanemab was found to have reduced brain decline in people with mild dementia.

A world clinical trial of 1,795 patients showed it cleared both toxic amyloid protein from the brain and slowed symptom progression by about 27 per cent after 18 months.

Full data to confirm the findings will be presented in San Francisco next week and yesterday, a panel of experts gathered at London’s Science Media Centre to discuss their expectations.

“But I’m excited to the extent that I’m spending $7,000 of my own lab’s budget to attend because I want to be there and see this in person.

“I actually think this is a historic moment. It’s taken a long time to get here and we first suggested amyloid therapies in 1992.”

Sir John said although “one swallow doesn’t make a spring”, the breakthrough could mark “the end of the beginning” in the battle against dementia.

Asked how soon lecanemab could be available in the UK, he said: “I’m going to guess that we’ll see the first people towards the end of next year in the UK.”

Other drugs are in development, but none has seen results as
promising as immunotherapy treatment lecanemab. Made by Tokyo-based pharmaceutic firm Eisai and US biotech firm Biogen, it is given as an injection every two weeks.

It uses an antibody that binds to small clusters of amyloid, signalling the immune system to attack and clear them out.

Dr Kohlhaas said the medication’s success was a “momentous occasion” that “disproves the myth that dementia is just an inevitable part of ageing”. She added: “These are first generation drugs and we expect them to have a modest effect.

“But it gives us a little bit of a foothold and a way to understand Alzheimer’s disease better and build on that.”

Eisai plans to apply for a UK licence by the end of March.

If approved, the medicines watchdog would need to consider carefully whether the drug – which is likely to be costly – is effective enough for use on the NHS.

Estimates suggest up to 105,000 people with mild Alzheimer’s could be eligible for lecanemab by 2025.

However, the experts warned the UK was not well prepared for the arrival of such long-awaited treatments.

There are two ways to detect amyloid in the brain – a PET scan or a lumbar puncture, which takes fluid from the spine.

And many do not make contact with a dementia clinic until their disease has progressed beyond the mild stage, which would leave them unable to benefit from lecanemab.

Dr Kohlhaas believes that unless diagnostic services improve, only one in 20 patients who should be eligible for the drug will be able to access it. She added: “The lecanemab result brings a renewed sense of urgency to really improve the way we diagnose diseases like Alzheimer’s disease.”

Dr Liz Coulthard, associate professor in dementia neurology at the University of Bristol, said many of the patients she sees in clinics already have moderate dementia.

She said: “We often don’t see people with mild disease because they tend to be reassured by GPs until their symptoms are really striking. “So we’re seeing patients quite late in the course of their illness. To target these amyloid treatments that are coming, we need to know if patients actually have amyloid in their brains.”

Dr Coulthard said there were four drugs she could prescribe to patients to improve their memory and attention. But none modifies the underlying disease and about a fifth of patients cannot take them, due to side effects.

Without full data, it is impossible to say exactly how great the benefits of lecanemab treatment would be. But Dr Coulthard estimates that if the 27 per cent reduction in decline were sustained over time, people with Alzheimer’s could be given an extra 19 months of independent life before they develop full-blown dementia.

‘I just knew something was not quite right’

Barbara Wild’s experience lays bare the struggles faced by some patients in getting a dementia diagnosis.

Her husband, brother and daughter Denise Wallin took turns accompanying her to the GP and asking repeatedly for scans.

Denise, 46, said: “My mum was first diagnosed with depression but I was convinced it was something more. She did the memory tests but she sailed through them, as frontotemporal dementia affects behaviour more than memory in the early stages.

“Eventually she had a brain scan and she was diagnosed, however she was originally diagnosed with vascular dementia.”

Barbara received her diagnosis in 2012. But when Denise read about the different forms of dementia online, she felt something was not right.

She said: “Mum was referred to a hospital consultant and her diagnosis was changed to FTD.

“It was a relief to finally get the diagnosis, although it was very sad. There aren’t any treatments specifically for FTD, but an early, accurate diagnosis would have avoided a lot of stress and helped us prepare for what was to come.”

Cheap accutane next day no prescription