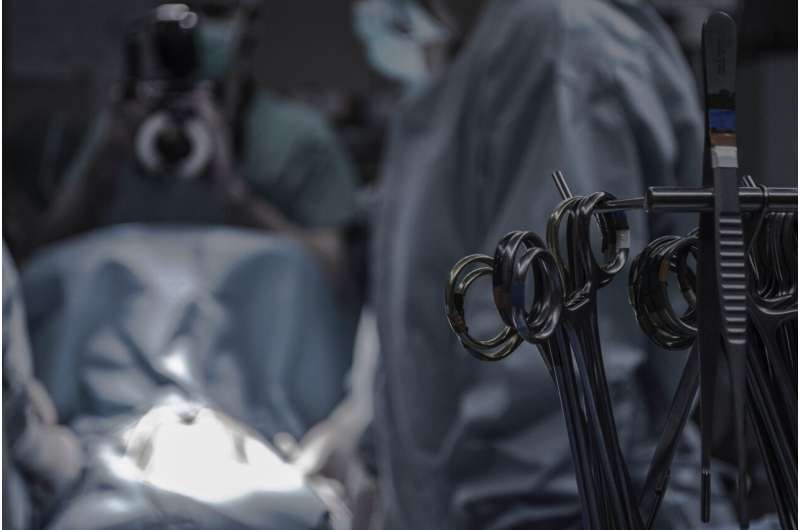 Traditional heart surgery, which involves fully opening the chest and cutting through the breastbone, comes with a high risk of complications and a long recovery time. Newer minimally invasive procedures avoid a lot of that risk and can get people back on their feet quicker, but a new University of Rochester Medical Center study suggests that Black patients do not have the same level of access to these new, safer procedures as white patients.

“We’ve known for 35 years that historically marginalized racial and ethnic groups tend to have less access to cardiovascular procedures,” said lead study author Laurent G. Glance, M.D., professor of Anesthesiology and Perioperative Medicine at URMC. “This study highlights the fact that even in 2022 if you’re not white, you don’t get the same therapies that white people do.”

The study, which will appear in JAMA Network Open on Wednesday, December 21, found that non-Hispanic Black patients had 35 percent lower odds of undergoing minimally invasive mitral valve surgery and 62 percent higher odds of having serious complications or dying compared to non-Hispanic white patients. Hispanic patients, on the other hand, had 26 percent higher odds of major complications or death compared to white patients, but they were not less likely to get minimally invasive surgery.

The findings were based on an analysis of data from the Society of Thoracic Surgeons National Adult Cardiac Surgery Database. Nearly 104,000 patients across 1,085 hospitals who underwent mitral valve surgery between 2014 and 2019 were included in the analysis.

“Minimally invasive surgeries set patients up for the best outcomes,” said study co-author Peter W. Knight, M.D., chief, and Dr. Jude S. Sauer Family Distinguished Professor in Cardiac Surgery, who has spearheaded the adoption of minimally invasive procedures at URMC. “That is why the inequities we found in this study are so troubling.”

The authors note several patterns in the data that may point to factors contributing to this inequity: Black patients were more likely to have Medicaid insurance, seek treatment at under-resourced hospitals, and be treated by less experienced surgeons. While these patterns require further investigation, they may offer solutions.

The American Heart Association has recognized the need to address uneven access to health insurance and quality medical care. Study authors argue that reducing these inequities will require increasing access to commercial insurance and lowering the age of eligibility or creating a buy-in model for Medicare.

“Reducing uninsurance is important, but a big chunk of healthcare reform has been Medicaid expansion,” said Glance. “In theory, increasing the number of people who have insurance should increase access to these procedures, but in this study, we found that just getting people insurance wasn’t enough. The type of insurance also mattered.”

Unfortunately, hospitals that primarily serve historically marginalized racial and ethnic groups tend to be under-resourced. To improve equity, Glance recommends that the Centers for Medicare and Medicaid Services create better financial incentives for caring for historically marginalized patients. In particular, he recommends amending current CMS incentive programs that focus on improving the value of healthcare, which unintentionally impose financial penalties on hospitals that serve the greatest number of vulnerable patients.

Study authors believe that regionalizing care may help increase Black patients’ access to highly experienced surgeons, especially for those who live in rural areas. In this model, high-risk patients are referred to regional centers where they receive expert, specialist care.