Ask Dr Ellie: How to cure coughs that won’t go away

For the past five years I have had a very phlegmy cough and doctors can’t seem to find out why. I’ve been given various acid indigestion medications but they haven’t worked. I am a 77-year-old man, otherwise in good health.

Chronic cough can have many causes and takes months of investigations to find the exact culprit. Stomach acid escaping back up the oesophagus – acid reflux – can contribute to a cough, so medication to control this condition, such as lansoprazole and Gaviscon, is often recommended in the first instance. A phlegmy, or productive cough can also be caused by chronic sinusitis, due to excess mucus dripping from the nose into the throat. 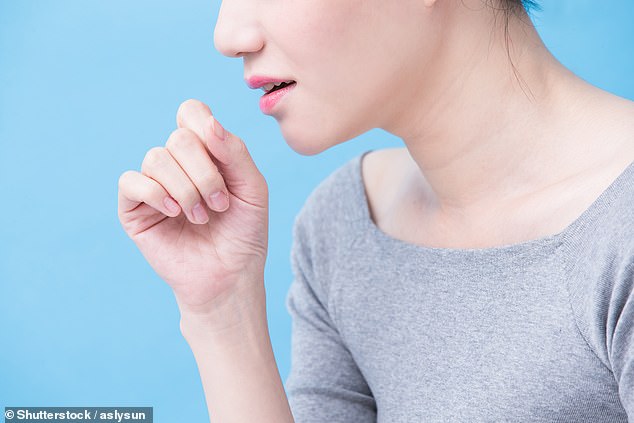 High blood pressure tablets such as ramipril or lisinopril, often used in those with heart disease, are another well-known cause (stock image)

High blood pressure tablets such as ramipril or lisinopril, often used in those with heart disease, are another well-known cause. Long-term productive coughs can be the sign of two lung diseases: bronchiectasis and chronic bronchitis.

Bronchiectasis would be diagnosed definitively on a CT scan, and chronic bronchitis (symptoms also include breathlessness) can be diagnosed by a GP using a chest X-ray and lung tests known as spirometry. Although chronic bronchitis is associated with smokers, it can occur in non-smokers, especially those exposed to occupational dusts, fumes and chemicals. Ask your GP for a referral to a respiratory specialist.

I am 80 years old and recently had surgery to remove a cancer from my bowel. Approximately eight weeks after my operation, I was diagnosed with deep vein thrombosis (DVT) in my left thigh. Are people having cancer treatment more susceptible to this, and how can I prevent it?

Don’t expect your GP to dole out cannabis

Medical cannabis was made legal last Thursday. And we had patients calling in to request it that morning, before the surgery doors had even opened.

We had to explain that although cannabis-derived medications may now indeed be prescribed, it will be under very particular circumstances – and not from a GP. Prescriptions will only be for specific cases where other treatments have failed.

These include intractable sickness from chemotherapy, certain types of pain and stiffness in MS and certain types of childhood epilepsy. And if it is to be issued, it will be by a specialist with precise knowledge of the patient.

CANCER is associated with developing blood clots such as DVT for a number of reasons. In those with cancer, often there are more clotting compounds and clotting blood cells – platelets – in the bloodstream, most likely as a result of the influence of cancer cells. Also, when chemotherapy kills cancer cells, the clotting process may be activated inappropriately.

Any surgery raises a risk of blood clots, due both to damage to blood vessels and immobility that occurs post-operation.

Certain cancers, particularly pancreatic and abdominal, have a higher risk of blood clots than other cancers.

Clots can be hard to prevent, but drinking plenty of fluids and being active are key. Try short walks or simple bending-leg exercises. After major surgery to the abdomen, blood-thinning treatments are often advised as it can take longer to mobilise fully. Otherwise, anti-clot stockings known as TEDs are useful. These squeeze the muscles in the legs, encouraging the circulation.

It’s not rock… but Rod’s right to roll

Rod Stewart didn’t look very rock ’n’ roll as he zipped round LA on a strange-looking scooter, left, with wife Penny Lancaster. But I think the idea is a stroke of genius.

Rod, 73, who injured a leg during a football game that went awry, has invested in what’s known as a ‘knee walker’ – a clever alternative to crutches if you’ve hurt your foot or ankle.

Just pop your knee in the saddle and scoot away.

It’s a smart move. Gentle exercise – which can include scooting – is often the fastest route to recovery, particularly for older people, as Rod clearly knows. 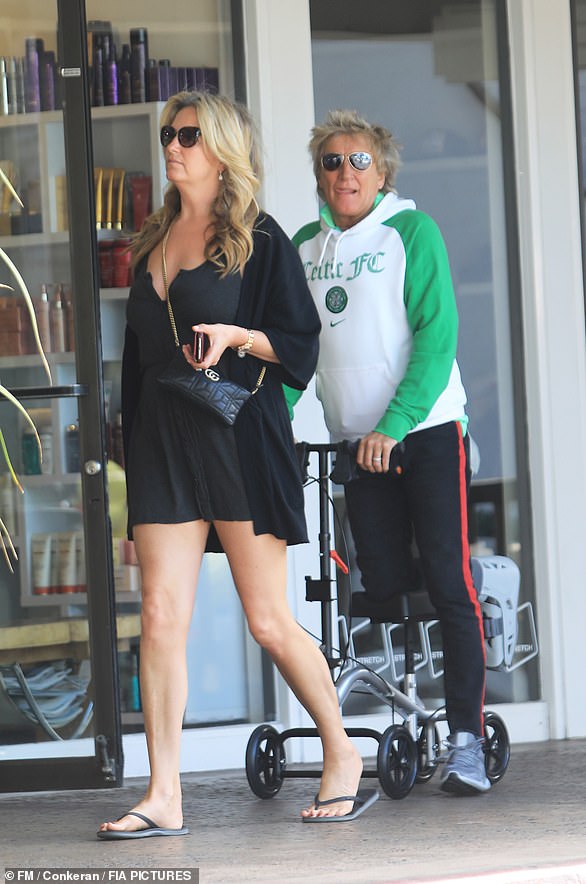 The next COVID wave is here. Why for some of us it’s OMG and for others it’s meh