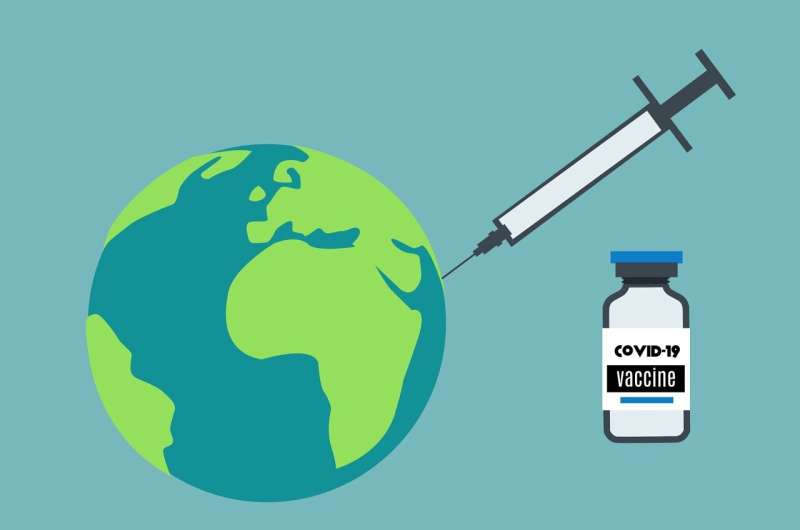 Nearly 60% of the U.S. population is fully vaccinated against COVID-19 while only 6% of the population of the African continent is vaccinated. Yet the United States is expanding boosters and is about to authorize vaccines for children 5 to 11 years old while hoarding and wasting additional doses, says William Moss executive director of the Johns Hopkins International Vaccine Access Center.

COVID-19 has only managed to exacerbate pre-pandemic global vaccine inequities, says Moss, vaccinology lead for the Coronavirus Resource Center. Looking at vaccine rates for typical childhood immunizations, there were 23 million unvaccinated or under-vaccinated children worldwide in 2020 and 44%, or 10.1 million, of those children live in the World Health Organization’s Africa Region. Here, Moss elaborates on the stark global inequities in COVID-19 vaccination rates.

Why is there so much inequality in vaccines?

In addition, 56 WHO member countries did not achieve the goal of vaccinating 10% of their populations by the end of September. Those 56 countries comprise 20% of the world’s population, and 70% of these people live in Africa.

WHO Africa said that by the end of 2021, only five countries on the continent will have met the World Health Assembly’s goal of fully vaccinating 40% of their populations.

What would it take to help those nations succeed in their campaigns to vaccinate against COVID-19?

About 550 million doses are needed to help 82 countries in the world hit the 40% vaccinated mark. With 3 billion doses set to be produced by the end of the year, WHO officials said just 10 days of production could help those countries meet the goal.

What can the United States do to provide more doses to the world?

There is also vaccine hoarding. A recent report from Doctors Without Borders estimated there are 500 million excess doses in the United States even if the nation were to give a booster dose to everyone who is eligible.

So high-income countries not only have vaccinated a much higher proportion of their populations they’re also storing—or hoarding—large numbers of vaccine doses that could be distributed to the rest of the world.

And there continue to be these stark global inequities in COVID-19 vaccine coverage while the United States is giving booster doses and vaccinating younger children who are at much lower risk.

Study paves the way towards a more precise use of CRISPR

Breast screening invite scandal was caused by a ‘misunderstanding’