The interaction between cells in the central nervous system and immune cells are key in neuroinflammation, and play a role in the survival of neurons during neuropathology. Flow cytometry is a technique that enables the separation of cells from a mixed population. 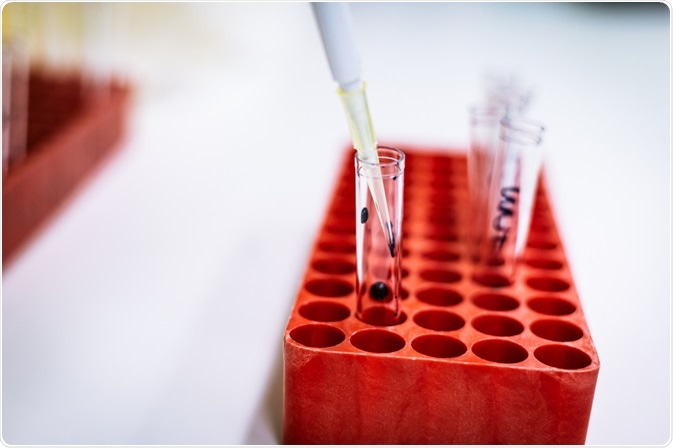 By using a digestion protocol, researchers were able to optimize the yield of these cells which could then be analyzed by flow cytometry and allow for both neural cells and leukocytes.

How do you study neuroimmune cells?

Studies have shown that microglia and astrocytes in the brain alongside leukocytes from the bloodstream are key cells in neuroinflammation, and are a factor in the survival of neurons in certain neuropathologies. These range from in vitro studies involving the use of cell lines, as well as using primary glial or astrocyte cultures.

With an in vivo approach, it would be ideal to isolate cell populations from the brain, this is not easily achieved. This is due to the fact that central nervous system tissue needs to be made into a single cell suspension.

Another challenge that Legroux et al. wanted to address was identifying neural cells and leukocytes at the same time. To achieve this, the authors investigated various methods of preparing murine central nervous system tissue before analyzing the resulting suspension by flow cytometry. For this, they utilized a disease model of multiple sclerosis, experimental encephalomyelitis, in mice.

The experimental encephalomyelitis was induced in mice, and then the central nervous system tissue was isolated using a variety of “digestion mixes”; the authors found that the most effective mix included enzymes such as collagenase and DNase. The digestion was carried out for 15 minutes at 37°C.

After the digestion, the central nervous system suspension was placed in a separation mixture made of Percoll™; this is colloidal silica coated with polyvinylpyrrolidone. This was either a gradient of varying concentration, or a single concentration. The combined central nervous system suspension and separation mixture was then centrifuged for 10 mins without using brakes.

The protocol revealed that there was an increase in leukocytes in mice with experimental encephalomyelitis, therefore this protocol was able to successfully recover neural cells and leukocytes and reveal differences in the numbers found.

Are there differences in adult and neonatal mice?

It is known that after a traumatic brain injury, neurons can still be damaged by a process known as “chronic/secondary degeneration”. This is a poorly understood process, with consequences for cognitive function. While studies have shown that neuroinflammatory processes occur at the time of traumatic brain injury, it is unknown whether this contributes to chronic degeneration.

The preparation of the central nervous system tissue was similar to the processes used in the studies described above; briefly, enzymatic and non-enzymatic methods were used to disrupt the central nervous system tissue, then this was placed in the same separation mixture. This study used a concentration gradient of the separation mixture rather than a single concentration. The resulting suspension was then labeled with antibodies.

Dr. Maho Yokoyama is a researcher and science writer. She was awarded her Ph.D. from the University of Bath, UK, following a thesis in the field of Microbiology, where she applied functional genomics toStaphylococcus aureus . During her doctoral studies, Maho collaborated with other academics on several papers and even published some of her own work in peer-reviewed scientific journals. She also presented her work at academic conferences around the world.

Communities of color struggling to get vaccines to those in need