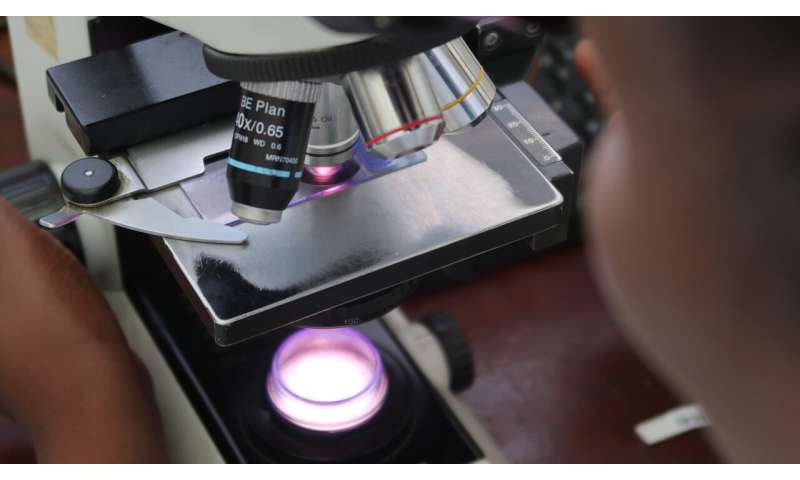 Cryptococcal meningitis causes about one in ten HIV-related deaths, according to a study of autopsies performed in Mozambique and Brazil and coordinated by the Barcelona Institute for Global Health (ISGlobal), an institution supported by “la Caixa.”

Cryptococcus is an opportunistic fungus that is found in environmental samples but can cause fatal disease, especially in immune suppressed individuals. In fact, Cryptococcal meningitis represents the second most common cause of AIDS-related mortality, after tuberculosis. In 2014, Cryptococcal meningitis is estimated to have caused more than 130,000 deaths in sub-Saharan Africa.

Human cryptococcal infections are mainly caused by two species: Cryptococcus neoformans and Cryptococcus gattii, which was classified as a distinct species relatively recently. Although C. neoformans seems to predominate in HIV patients, relatively little is known about the epidemiology and clinical presentation of C. gatti infections, particularly in Africa.

In this study, performed within the CADMIA project, the authors determined the mortality associated with Cryptococcus among a series of autopsies performed in two hospitals located in areas with high HIV prevalence: Mozambique in sub-Saharan Africa and the Brazilian Amazonia. In addition, they performed a detailed analysis of fatal cryptococcal infections.

Of the 284 complete diagnostic autopsies performed (223 from Maputo, Mozambique, 61 from Manaus, Brazil), 163 (57%) tested positive for HIV and 16 (10%) of these patients died due to cryptococcal infection. Two thirds of the infections were caused by C. neoformans, while the others were caused by C. gatti, which was also found in the only HIV-negative patient that died due to Cryptococcus. “This is the first report of C. gatti infection in Mozambique,” says Juan Carlos Hurtado, first author of the study.

The analysis of the clinical presentation and management of these cases revealed that, in most cases, suspicion of cryptococcal infection was low and that 75% of the patients died within one week of admission.

Christopher Cross: Singer was paralysed by COVID-19 – what happened?

Millimetre-precision drug delivery to the brain