A 2014 study published in the journal BMJ Quality & Safety revealed that each year in the U.S., approximately 12 million adults, or 1 out of 20 patients, who seek outpatient medical care are misdiagnosed. For invisible illnesses such as endometriosis, pinpointing the disease raises additional challenges. While there are currently no stats available on how often endometriosis symptoms are misdiagnosed as other health issues, ask any female sufferer and they will share a laundry list of conditions they’ve been improperly diagnosed with.

According to the Endometriosis Foundation of America, it takes women an average of 10 years to be diagnosed with endometriosis. Because painful periods have been normalized in our society, women are less likely to seek care or talk to their doctor about their debilitating symptoms. Not only do many suffer in silence, those who are misdiagnosed are managing diseases they most likely do not have which causes additional health problems as their endometriosis goes undetected and continues to grow.

“Endometriosis is considered ‘the great masquerader’ because it mimics so many other disease processes. The delay (in diagnosis) is especially seen in adolescents who may not stress their pain, since they are new to menstruation, and gynecologists may be hesitant to recommend surgery at such a young age to potentially diagnose. It is also due to the lack of a reliable blood tests to make the diagnosis. Currently, only surgery with biopsy allows the definitive proof for diagnosis,” Dr. Mark Trolice, Associate Professor of Obstetrics and Gynecology at the University of Central Florida College of Medicine in Orlando and founder and Director of Fertility CARE – The IVF Center, tells SheKnows. “A thorough history, physical examination, and pelvic ultrasound are all valuable tools to expedite the strong suspicion of endometriosis along with the discussion of treatment options that include hormonal therapy and surgery.”

SheKnows spoke with five women who were misdiagnosed with not one but multiple health conditions for several years prior to their doctors singling out endometriosis as the likely culprit. Their stories are cautionary tales demonstrating just how harmful it is for the disease to go untreated and how often women are told that their pain is in their heads. We applaud these brave women for sharing their endo journeys to raise awareness, advocate for better treatment and care, and to help other women recognize that their pain may be symptomatic of something more serious. 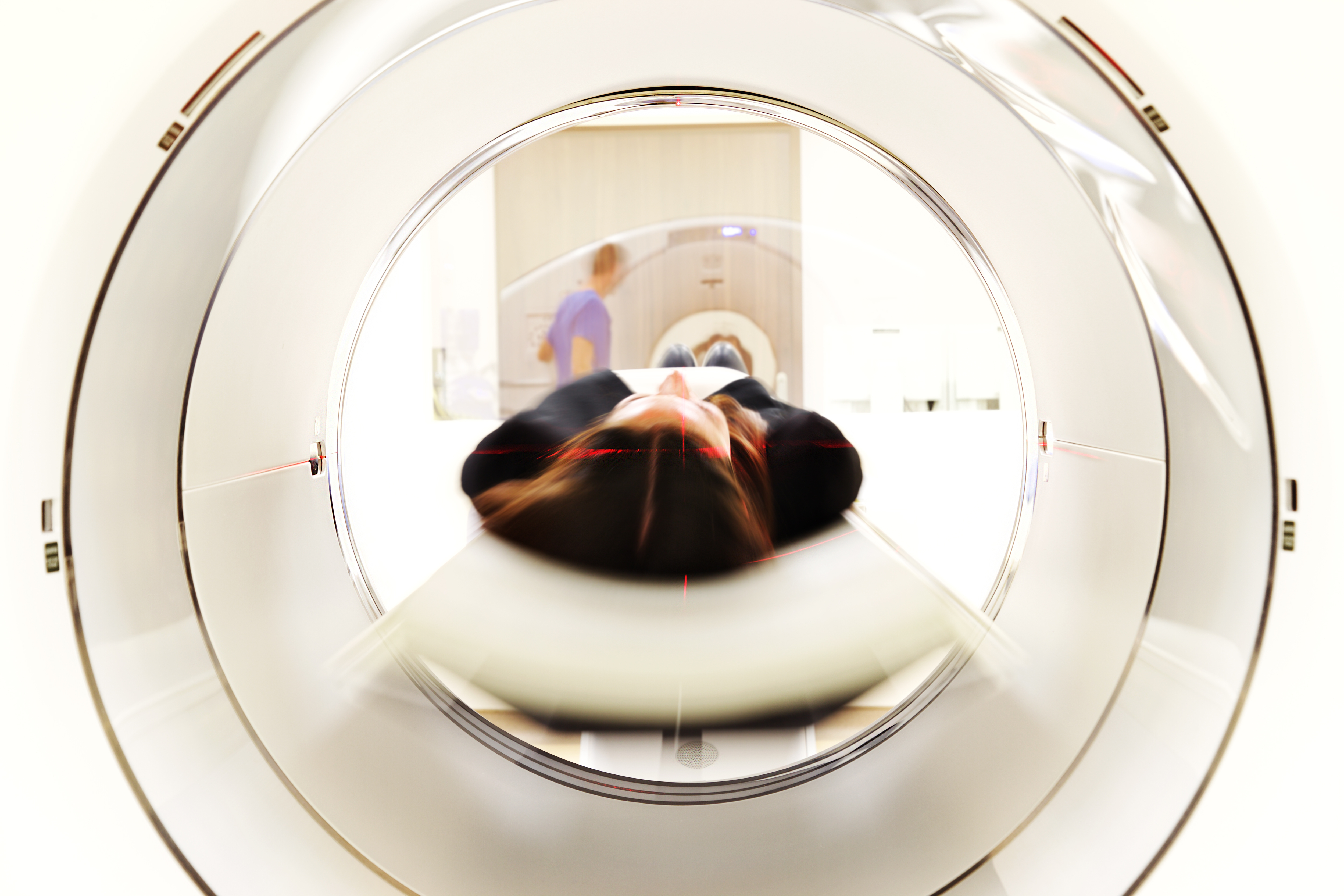 “My severe symptoms showed up a few months before my period even arrived. I was 11 years old but I feel like I had been exhibiting issues since I was 10. The symptoms that made my parents and I seek help were extreme bloating, extreme stomach pain, diarrhea filled with blood and mucous, nausea and fatigue. I was sent to a gastroenterologist and after urine and stool tests, blood tests, MRI, a colonoscopy and an endoscopy, I was diagnosed with Crohn’s disease.

A few months after my diagnosis, my period showed up. It was always irregular, heavy and unpredictable. The cramps were debilitating but I just thought this was normal. Over the next few years my symptoms progressed. At 15, they really got bad. I began experiencing severe migraine, chest, back, neck and arm pain and shortness of breath.

After being in and out of emergency rooms and having every test under the sun (MRI, X-ray, CT, ECG, lumbar puncture, blood, stool, urine samples) and seeing an array of doctors, pediatrics, GIs, neurologists and naturopaths, I was finally referred to a pain specialist who believed my issues stemmed from chronic nerve pain. I had a spinal stimulator placed in my buttocks with wires up my spine and over the occipital nerve in my skull to try and stop the pain waves. This of course never ended up working. The entire time I continued taking my immunosuppressants and steroids for the Crohn’s disease but nothing seemed to make me stop bleeding with bowel movements.

After returning to hospital and specialists year after year and all tests coming back clear, they finally told me they believed my Crohn’s diagnosis had been wrong. They didn’t tell me what else could explain my symptoms so I was sent off and decided to do research myself.

That’s when I learned about endometriosis. I presented my findings to my primary care doctor and said I needed a pelvic ultrasound and a referral to a gynecologist. After a laparoscopy in 2018, I was diagnosed with severe endometriosis. It had been 16 years since my symptoms started.” 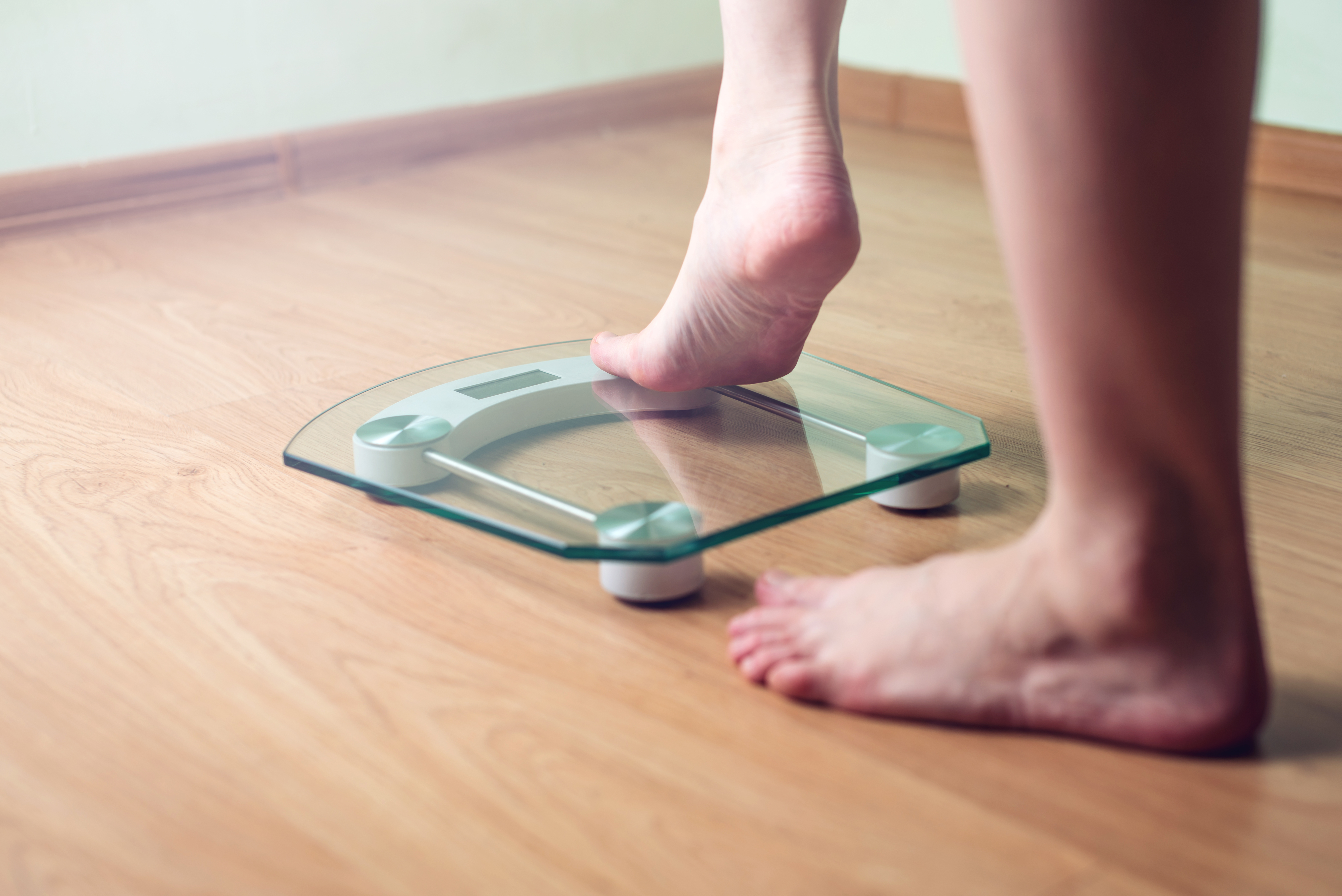 “I was misdiagnosed for 10 years from age 15 to 25. The health conditions that my endo was mistaken for included IBS, Crohn’s disease, ‘leaky gut,’ generalized anxiety disorder and anorexia. Since I was losing so much weight with no explanation, a doctor assumed I was anorexic and not being open about it.

I visited numerous primary care doctors (I lost count, but probably five to seven), a dietitian, three gastroenterologists, three naturopathic doctors, and five OB-GYNs. What led me to my endo diagnosis was my own personal research and realizing that many of my symptoms lined up with the disease. Last year, I got to a point where I was in excruciating pain three weeks out of the month and was losing upwards of 15 pounds within a few months. From my online research, I found a Facebook group with files and resources listing reputable OB-GYNS who are skilled excision specialists for endometriosis. I made an appointment with the doctor closest to me. While he completed a thorough exam, I was crying in pain. Given my symptoms, he scheduled me for surgery ASAP. He found deep infiltrating endometriosis on my ovaries, cul-de-sac, uterosacral ligaments, ureters and bladder. The disease was thoroughly excised and my doctor sent for a biopsy. I was diagnosed with Stage 2 endometriosis. 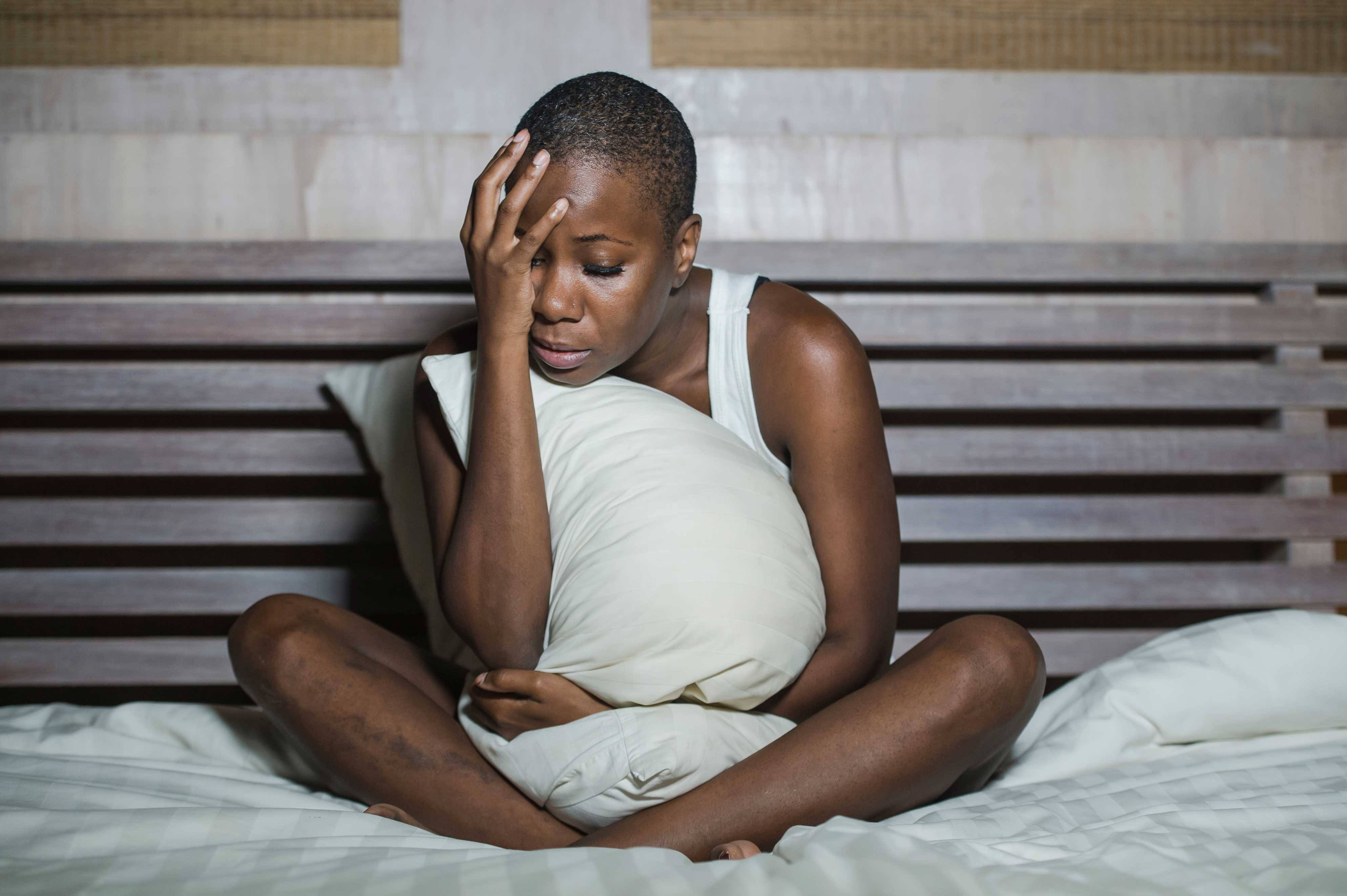 “I was misdiagnosed for six years after I started experiencing endo symptoms. Doctors thought I was projecting due to depression so I went to a therapist. After my first trip to the hospital, they misdiagnosed me with IBS and sent me home. I ended up back in the hospital for three months and, at one point, they were about to do a spinal tap because they thought it could be cancer. I still get misdiagnosed when I go to the ER with doctors swearing I can’t possibly have such a debilitating illness at my age. I’ve had to fight for myself, while in pain, almost every time I’ve ever been to the ER.” 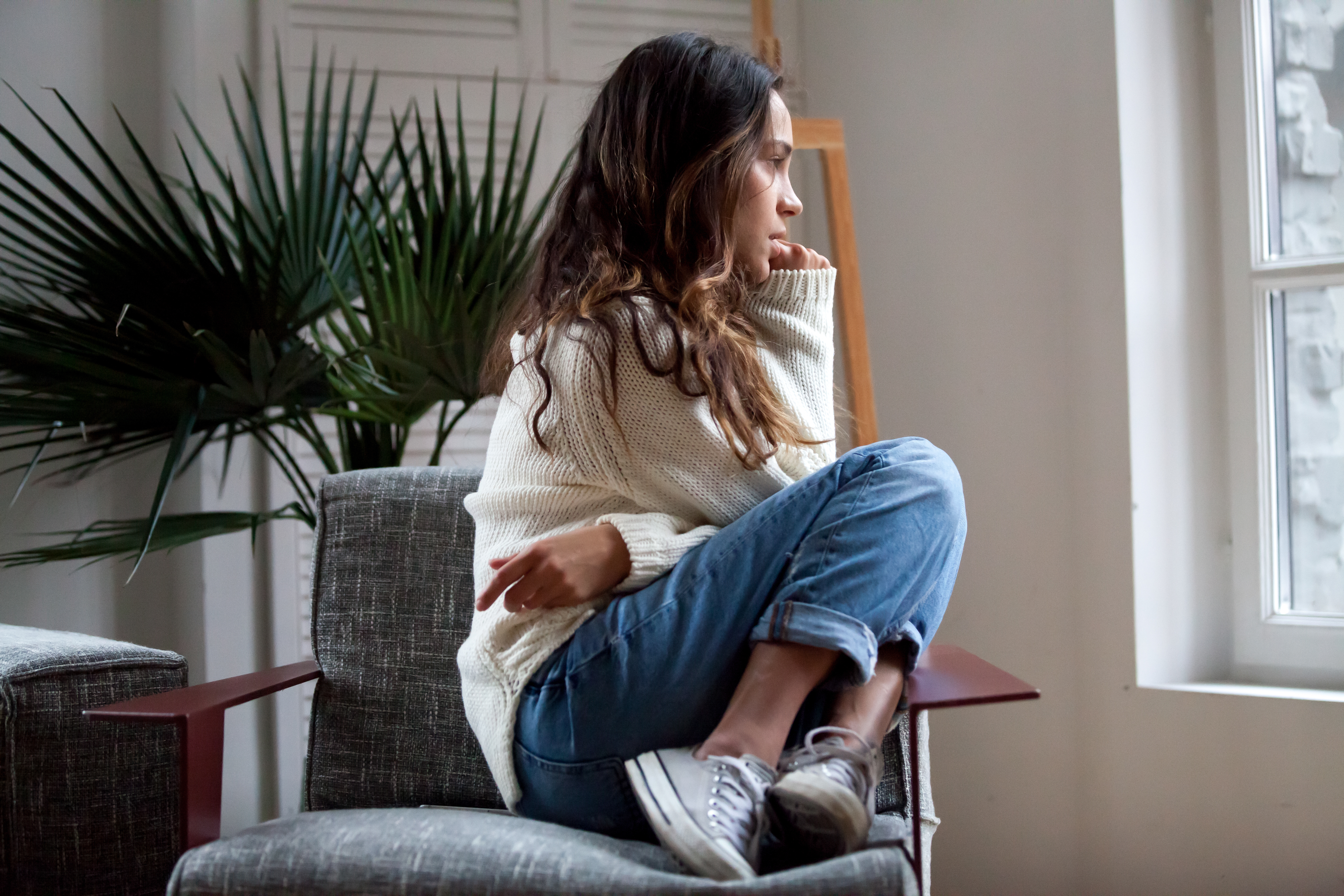 “I’ve struggled with severe period pain ever since I can remember. I had to take days off school each month, curling into a ball with a hot water bottle with horrible cramps and migraines. I was told by my primary care physician time and time again that it was ‘just bad period pain’ and taking contraception would help. I was put on so many different contraceptive pills but none helped the pain. At age 17, I was diagnosed with chronic fatigue and depression. I started to believe that the pain was all in my head so I just carried on as if everything was normal and struggled through the pain every month for years on end.

Another doctor told me I had IBS and I was also tested for Crohn’s disease and celiac disease. It wasn’t until 2015 that I knew something was seriously wrong. I was collapsing in pain at work, struggling to coach my physical therapy clients and teach fitness classes, vomiting and losing my appetite from the pain and exhaustion. I went back to my primary care physician and demanded more tests. I finally had a pelvic ultrasound where cysts were found on both ovaries and it appeared my ovaries were ‘stuck’. In February 2017, I contacted a surgeon who was recommended to me…I had my first laparoscopy and was diagnosed with Stage 4 severe endometriosis.” 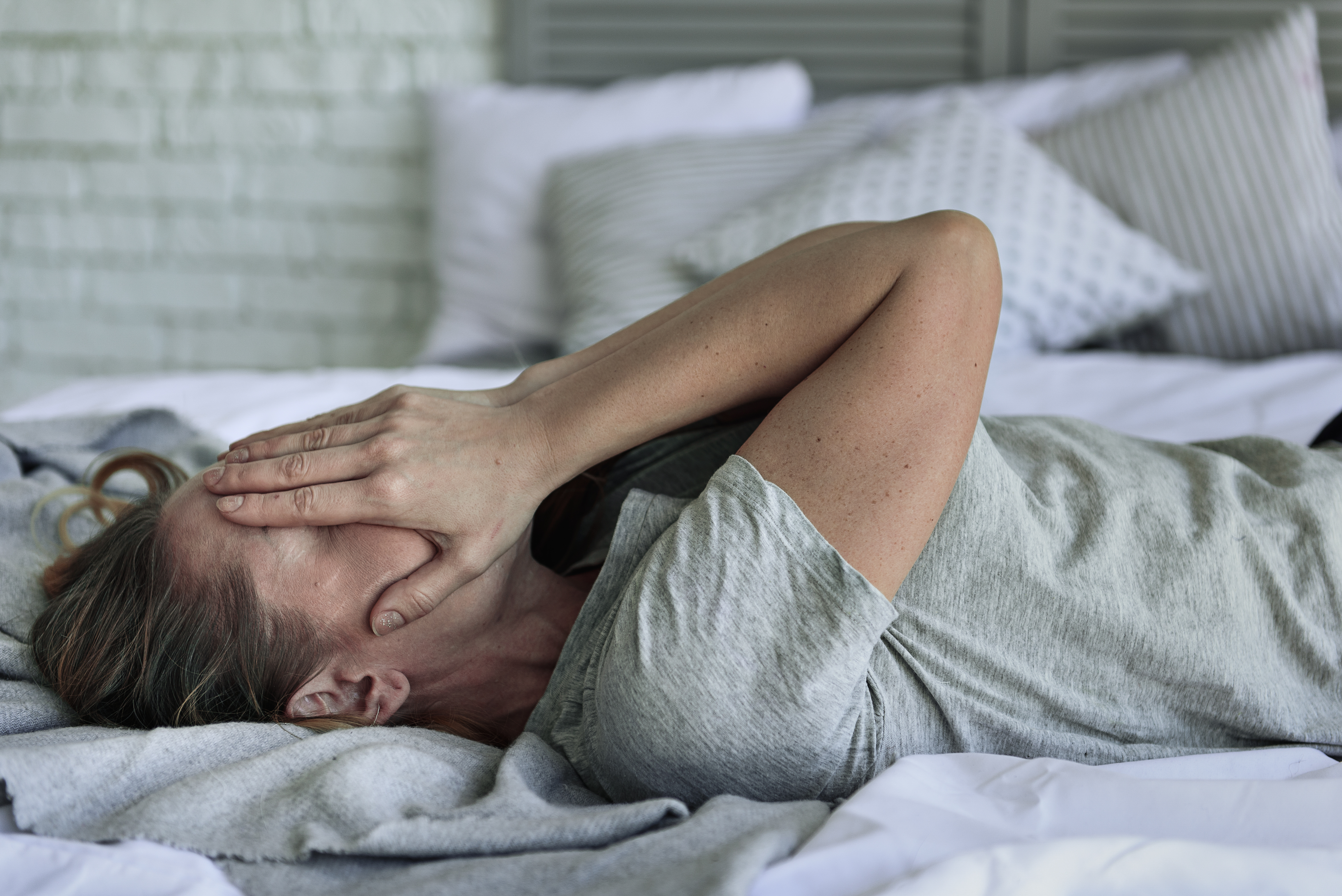 “I got my first period kind of late as a teenager. I remember that day so clearly, not only because it was during music class in school, but because the pain was so unbearable — out of this world.

Shortly after, I began seeking help as the pain felt anything but normal. I couldn’t stand up some days, the pain made me vomit and I needed to ‘call in sick’ often and break plans with friends. Besides severe period and ovulation pain, my symptoms were extreme lower back pain, pain that radiates down my thighs and legs, fatigue; my gastrointestinal areas were affected as well. I have extreme problems with my body temperature causing my bones to ache everywhere, which they told me was fibromyalgia.

I was 15 years old when I asked for help at a clinic. I was told that this is how it’s like to be a woman, to toughen up and deal with it. She gave me contraception pills, told me that I will get used to this in a few years and that everything will be alright. Through the years, I was given different hormone pills but nothing was working for me….I was repeatedly told that the pain was only in my head, that I should go and see a therapist instead….All signs were there from beginning but there were always other reasons given to me for my pain.

A new clinic performed a quick manual check and told me that everything looked normal. As soon as they learned that I was raped at a young age, it became the new reason for my pain, that it was probably ‘just trauma memories’ that I was reliving in my head and I was doing this to myself by keeping the memories alive. She prescribed me yet another pill and told me to give it three months.

In 2018, my pain had gone from bad to terrible. I went to the ER several times; some days it was impossible to even walk. I was prescribed more painkillers, a new hormone pill and was told that I was on the waiting list to see a specialist. One doctor told me that I had scoliosis. Another said that I had psychological problems, claiming my pain isn’t physical. Others said that I had IBS, Crohn’s disease, allergies, something in my diet, and gas.

This year, I was having heart attack symptoms and was fainting almost daily. A specialist prescribed me more strong anti-inflammatory painkillers and told me to up the dosage. However, based on all my symptoms she said that I had endometriosis and marked it as severe and prescribed me a new set of hormone therapy pills. I took the pills as she said. I got worse, and went to emergency room again. After weekly hospital visits during four-month period, I met blood specialists, rheumatism specialists, endometriosis specialists and gastroenterologists and was diagnosed with multiple internal bleedings due to the medications I’d been prescribed. After a long investigation, I was diagnosed with hemophilia. The painkillers I was given were slowly killing me. I had several cysts on my ovaries, myomas and adhesion. The beast: endometriosis. Finally someone who could see the monsters. Endometriosis is a serious condition that can also cause psychological damage from fighting so hard to get help.”

These stories have been edited for content and clarity.

Blood cancer: Three symptoms often ‘dismissed and downplayed’ and it can be ‘devastating’