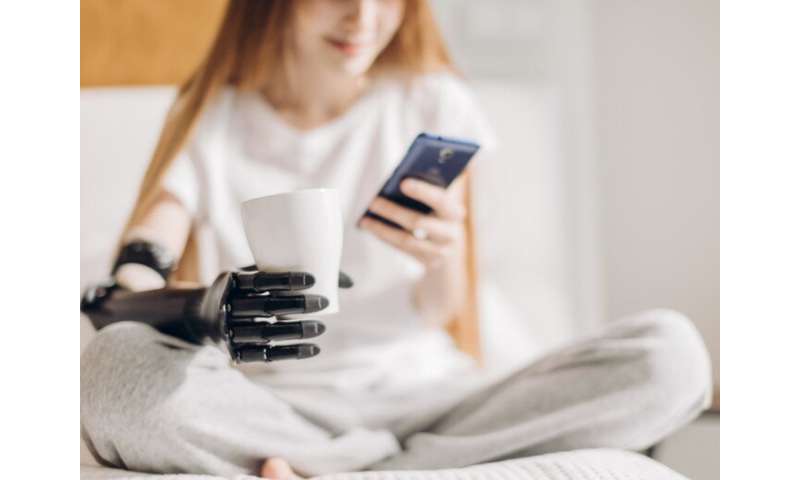 Imagine a patient controlling the movement of his or her prosthetic limb simply by thinking of commands. It may sound like science fiction but will soon become reality thanks to the EU-funded DeTOP project. A consortium of engineers, neuroscientists and clinicians has made great strides in further developing the technology behind more natural and functional prostheses.

The team uses an osseointegrated human-machine gateway (OHMG) to develop a physical link between a person and a robotic prosthesis. A patient in Sweden was the first recipient of titanium implants with the OHMG system. The OHMG is directly fitted to bones in the user’s arms, from which electrodes to nerves and muscle extract signals to control a robotic hand and provide tactile sensations. According to a news item by “News Medical,” the patient will begin using a training prosthesis in the next few months before being fitted with the new artificial hand developed by DeTOP partners. This will help the team evaluate the entire system, including the implanted interface, electronics, as well as wrist and hand functions. Motor coordination and grip strength will also be assessed during the tests.

In the same news item, project coordinator Christian Cipriani from the Sant”Anna School of Advanced Studies says: “The implant gives us a unique opportunity to study how the brain communicates with the new hand. Control should be very natural—for example, the patient should be able to think of moving the index finger and the index finger should move on that command.” More patients are lined up for such surgery with OHMG implants that involve different types of arm amputations to make sure that the system is flexible enough to suit a wide range of needs. “Work is also continuing on developing integrated circuits capable of collecting bio-signals from users. These circuits are implanted into a person with the aim of making the human-to-machine link even more efficient and responsive,” the news item adds.

The DeTOP (Dexterous Transradial Osseointegrated Prosthesis with neural control and sensory feedback) project’s objective is “to develop the next-generation transradial prosthesis by clinically implementing robotic, sensing and long-term interfacing technologies,” as stated on CORDIS. Transradial prostheses are devices used by below-elbow amputees. The ongoing project has shown that neuromuscular interfaces developed decades ago can significantly improve prosthetic control and functionality, if made clinically viable by having a long-term stable OHMG.

The most useful dried fruit for women called prunes