A man in Spain has caught dengue fever through sex in what is believed to be a world-first.

The 41-year-old developed the tropical fever, which is almost always spread by mosquitoes, despite not going anywhere the virus is found.

But his male partner had picked up the virus during a trip to Cuba and had suffered from the same symptoms just 10 days earlier.

Spanish authorities in Madrid confirmed the case today and said the disease was transmitted through the partner’s semen.

Scientists only discovered the virus could live in semen 18 months ago, when they examined a traveller returning from Thailand, but had no evidence it could spread. 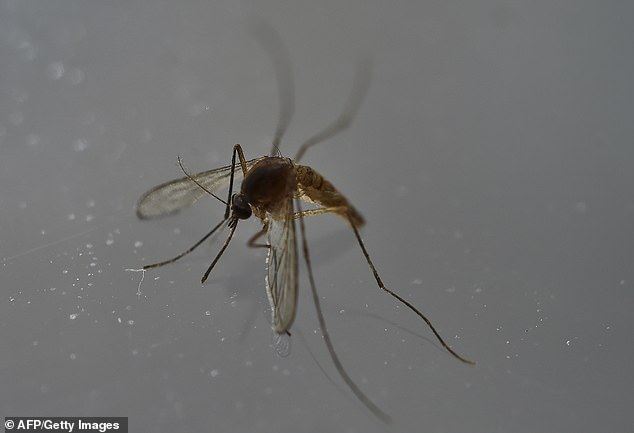 Dengue is a viral infection which is common in many parts of the world, most notably tropical regions like Asia, South America and the Caribbean.

It causes feverish symptoms such as a high temperature, headache and pain behind the eyes and in the muscles, and vomiting or nausea.

Symptoms tend to clear up on their own within a week or so but can be more serious for some patients.

Madrid public health official Susana Jimenez said: ‘His partner presented the same symptoms as him but lighter around ten days earlier, and he had previously visited Cuba and the Dominican Republic.

‘An analysis of their sperm was carried out and it revealed that not only did they have dengue but that it was exactly the same virus which circulates in Cuba.’

Speaking to news agency AFP, the European Centre for Disease Prevention and Control (ECDC) confirmed it was the first sexual transmission.

Officials said it was ‘to our knowledge, the first sexual transmission of the dengue virus among men who have sex with men’.

WHAT IS DENGUE FEVER?

Dengue fever is a viral disease spread only by certain mosquitoes – mostly Aedes aegypti or ‘dengue mosquitoes’, which are common in tropical areas around the world.

Aedes aegypti are not normally infected with the virus, unless they have bitten a person sick with dengue.

It causes feverish symptoms such as a high temperature, headache and pain behind the eyes and in the muscles, and vomiting or nausea.

Symptoms tend to clear up on their own within a week or so but can be more serious for some patients.

There is no cure or treatment for the tropical illness and patients simply have to manage the flu-like symptoms until their body fights off the infection.

Further infections with different strains have a higher chance of severe or complicated dengue.

There is a suspected case of the disease being spread from a woman to a man during sex in South Korea, but it hasn’t been confirmed.

The World Health Organization’s says dengue is transmitted mainly by the Aedes Aegypti mosquito, which thrives in densely-populated tropical climates and breeds in stagnant pools of water.

It is most serious – and deadly – in children, especially young girls though scientists don’t know why.

Dengue is most commonly caught by people travelling to hotter climates such as southeast Asia, Africa, Australia, the Caribbean and South and Central America.

Signs it could be transmissible through sex were first reported in a scientific journal last year.

The study, published in journal Eurosurveillance, documented the case of an Italian man in his 50s who was diagnosed with dengue fever after returning from Thailand.

He was otherwise healthy but suffered from joint pain, fatigue and nausea during the illness.

The man was admitted to the National Institute for Infectious Diseases in Rome after feeling ill for nine days and was diagnosed with dengue fever there.

The discovery led scientists to think the virus could be transmitted by sexual intercourse, in the same way the ZIKA virus is known to do.

UK’s healthcare spend is the second lowest in the G7